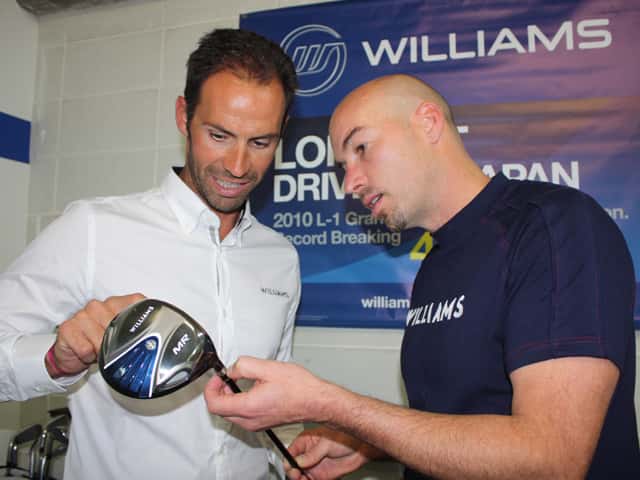 November 10, 2014 – To mark the first anniversary of Williams Racing Golf, on Friday 7th of November the company held a celebration at its global headquarters in El Masnou (Barcelona, Spain), to which its closest friends and customers were invited.

MyGolfWay.com was there in person to see the stunning new range of Williams golf clubs and the first collection of clothing. Amongst the personalities were Ricardo Galí, CEO of Williams Racing Golf, and Gerard Pera, Spanish Long Drive specialist and brand ambassador, whom we greeted personally, and also viewed them in the spot broadcast by the CNN Living Golf programme several times between 6th and 9th of November, coinciding with the Grand Prix Formula 1 at Interlagos, Brazil. The spot shows the brand’s vocation for power and distance, from the F1 R&D team to the study of the science and materials in their racing cars, to the application of these in their modern aerodynamic drivers, with Gerard Pera and the new MR inside the wind tunnel. 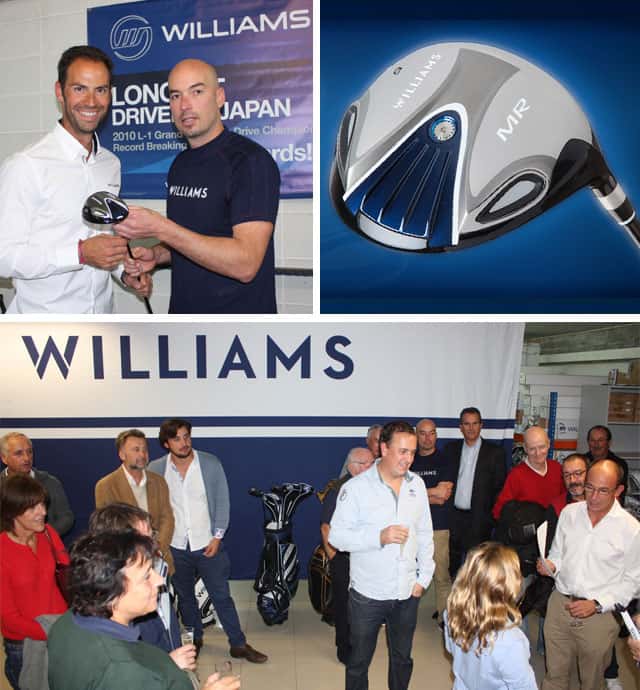 The new MR Williams Series (Rebound Modulus), which will be launched in December 2014, with the drivers of the Players, Ladies and Gold Series, announces a new era in the engineering and construction of golf drivers, taking advantage of the advanced F1 aerodynamics to achieve increased clubhead speed and improved performance. 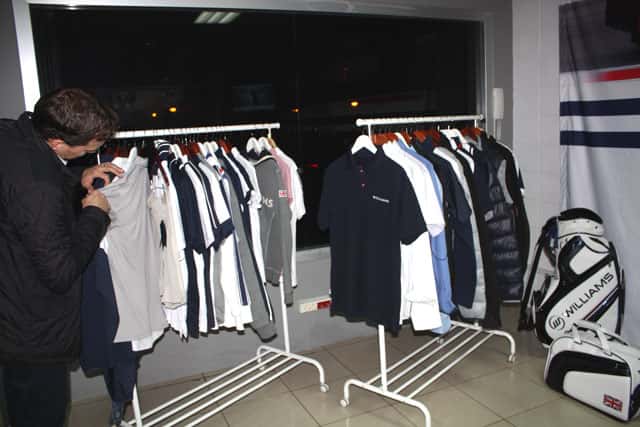 Along with the drivers come the putters with the British flag, the Double-U wedges, and the first apparel collection of the Williams Racing Golf project developed by another member of the team, Marc Pejó. This collection includes shirts of fine fabrics, high quality polo shirts and technical clothing, with a racing style accompanied by details for the golf game, and will be launched in March 2015. 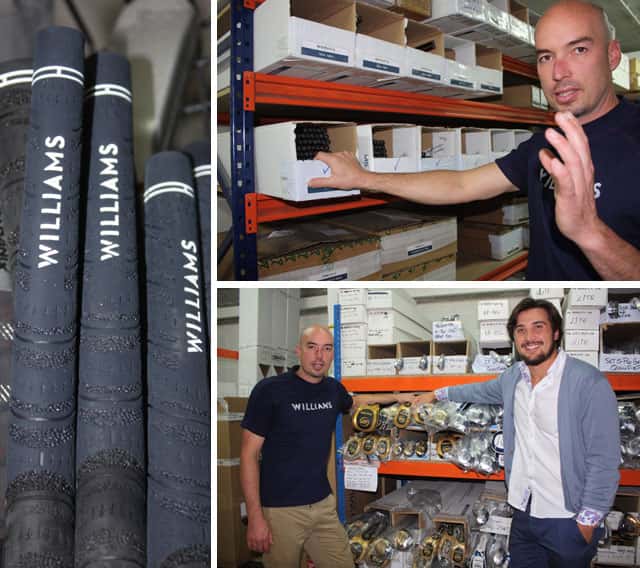 Here at the offices of El Masnou other staff member, Jason Stewart, gave us a guided tour through his impressive clubmaking workshop, and then discussed with Gerard Pera the virtues of the new MR driver, which has already been presented in professional shows such as Golf Europe in Germany and the Nordic Golf Fair in Sweden, as the premier of the worldwide release.

The Williams Racing Golf party finished with a friendly draw of golf products amongst the participants, and we took a picture of the company team. 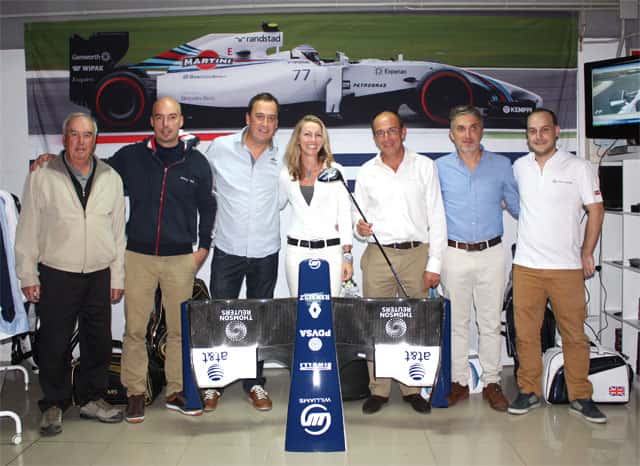 They are seven of the 22 members of the Williams Racing Golf super staff, because obviously not all of them could be there: