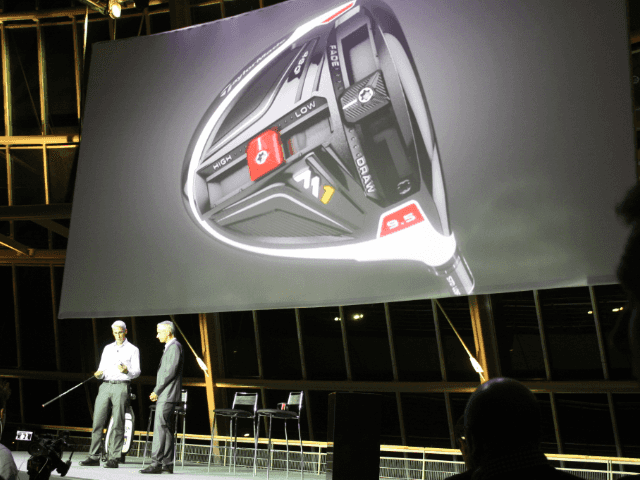 September 10, 2015 – The evening of the 8th September the ambience was full of excitement. We’re talking about the welcome cocktail at the doors of the Museum of Foxwoods Resort Casino (Connecticut, USA) – over an hour’s drive from Boston and three from New York -, prior to the TaylorMade Golf global launch. But something made it different, as the campaign announcing the new product had been making waves in the social networks with an aura of mystery and surprise: #ExpectTheUnexpected!

And this added to the M of ‘Taylor ade‘ missing on caps and golf bags… Where had that M gone? To find out, TaylorMade Golf had prepared a big party for its huge family, bringing together players, media partners and its international sales force to the halls of the Fox Tower – the hotel – and the driving range of Lake of Isles – the golf course – for the global sales meeting 2015.

Finally we were ushered into the auditorium, red-carpet style, with the space ready for a real American-style show, nothing like the grey press conferences that we are used to in Spain. This rocks! At 7:30 pm David Abeles, CEO of TaylorMade Golf, leapt onto the stage. After praising the 36 years of the company’s technological development, since inventing the first metal wood in history, he declared:

“Tonight we are going to create our future, with the world’s best validated technology, and with the same mission as always, to be the world’s top high performance golf brand, and to create technology that helps golfers to play better. So tonight we present the M1 – he added, uncovering the new weapon which is coming onto the course – a multi-material premium driver that is even better in distance, accuracy, adjustability, feeling, acoustics, forgiveness, look…”

Then came Brian Bazzel, Senior Director of Product Creation, who explained the technical characteristics of the new M1 Driver – a white titanium crown with the rear section of carbon composite, which saves weight thus enabling the T-Track system to be created: two rails with two sliding weights that bring the club into the new dimension of shot personalization. But lets carry on with the event… we’ll have a chance to go further into the product in new posts. 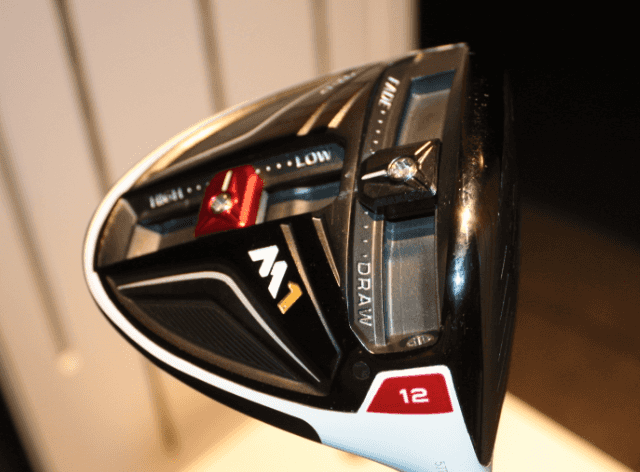 David Abeles then passed the baton to Chuck Presto, Vice President of Sports Marketing. After highlighting the fact of having four players in the top 10 in the world ranking, something that no other company can boast, he broke some great news that got the audience buzzing. The new M1 will be the No. 1 Driver on PGA Tour the next week, when it will first be put into play. “And professionals only change their driver because, after testing it, they consider it a better product.” The validation on Tour starts giving the golf club total credibility.

But the night still held a bigger surprise, the stage entrance of… Jason Day, with his PGA Championship trophy, his first Major. The whole auditorium rose to its feet, breaking into euphoric cheers and clapping, giving a well-deserved tribute to the Australian player for the spectacle he is offering on the golf course this end of season. 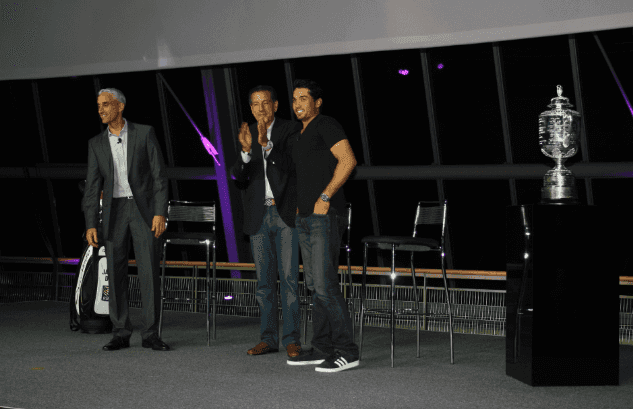 “I started 20 years ago with TaylorMade because at that time it was the ‘must have’ driver. But the most important thing for me about the company was the people. That they believed in me and dedicated their time to me when I was nobody special was something that made me boil,” said Jason Day.

About this season… “I didn’t expect things to go as they have. And in the PGA Championship, I think that after the Open Championship I was convinced that I could win my first Major. Because I knew that even if I made mistakes, I only concentrated on demanding more and more of myself.”

And about the new M1 Driver… “Every two years the pros wait to see what TaylorMade is going to launch, but this is probably the biggest. I’ve tried it and I’m already going to play it next week.”

Jason then left, touched by the video dedicated to him by the employees at the company’s headquarters at Carlsbad (California), all celebrating his Jason Day at Whistling Straits like a huge family. 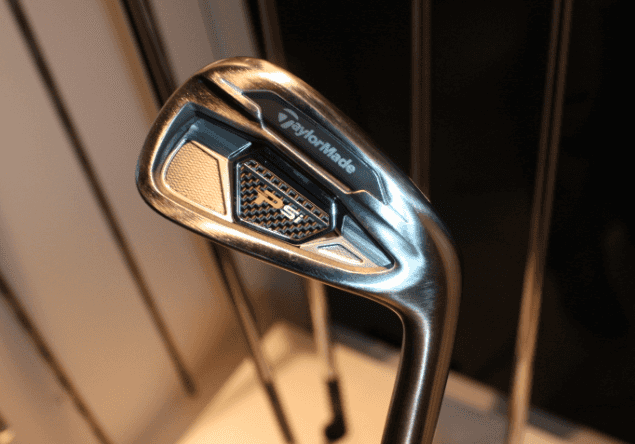 Finally David Abeles passed us to Tomo Bystedt, Director of Iron Creation at the Company, who finished by uncovering the new PSi and PSi Tour Irons. These irons meet the needs of better players through a combination of shape, function and technology, with high-tech cushioning in the cavity that also makes them multi-material golf clubs. 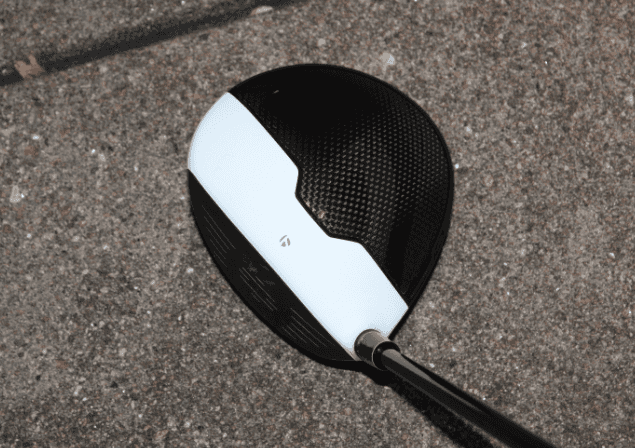 Thinking about how much better golfers are going to play next season with all these products, we join the frenzy of getting the first camera shots of the stars of the evening, the M1 Driver, Fairway and Rescue, and PSi Irons, before heading for the dinner, chatting animatedly with company technicians. We were with Benoit Vincent, chief of New Product Development. Congratulations on the result of his work! 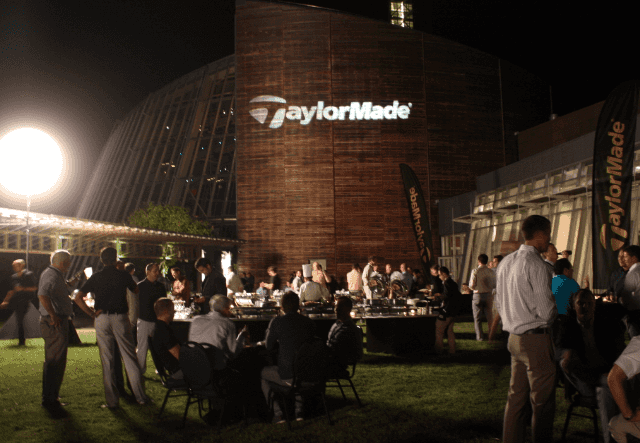 Ah, by the way, the M missing of Taylor ade is because it was lent to the M1! We’ve put the two star caps of the event side by side, to play the Marketing Department’s game. Which would you choose for your collection? 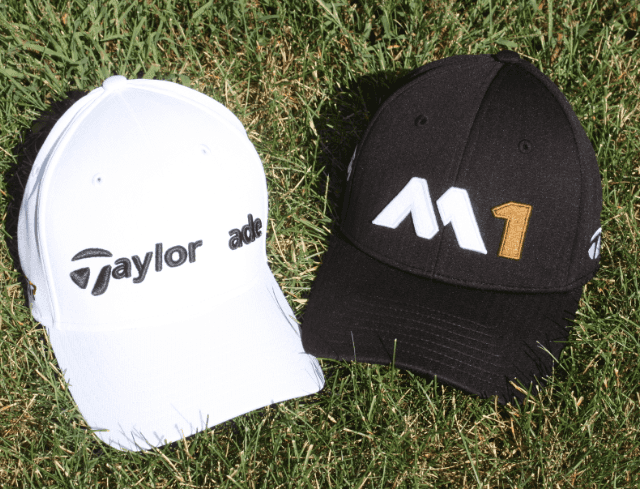