TaylorMade Golf – Sergio Garcia, the star at the launch of the new RSi irons

October 21, 2014 – TaylorMade Golf is revolutionizing the golf equipment industry again with the introduction of the new family of RSi irons with Face Slot Technology. This great innovation is leading the performance of modern distance irons, and is designed to help all kinds of golfers to improve the result of the mis-hits that fail to come off the centre of the clubface.

Invited by TaylorMade Golf, MyGolfWay.com went to the global launch of the RSi irons, held last 15th of October simultaneously in different parts of Europe and the U.S., where the Spanish golfer Sergio Garcia was at the centre of the stage. The event was organized in his club, CC del Mediterraneo (Castellón), with a exclusive demonstration for specialized golf media and a selection of retailers. Other European launches were also held at The Belfry and Wentworth (England), and in Bro Hof Golf (Sweden), featuring TaylorMade Golf staff players such as Graeme Storm, Kevin Pieterson, Johan Carlsson and Peter Hedblom.

Already wanting to put them in play and get the maximum performance from them in competition, Sergio Garcia commented: “The truth is that RSi offer something interesting, especially for the strokes that aren’t hit from the centre. That’s where these golf clubs will help more. A couple of years ago, with the Speed ​​Pocket, TaylorMade began helping, with those mis-hits from the lower area of the clubface. Now the company has gone one step further.” 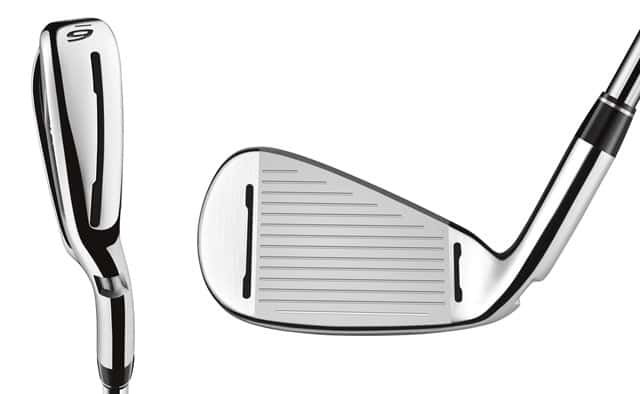 “Really, and although people don’t believe it, we pros miss a lot of shots, although our failures tend to be a little better than amateurs’,” added Sergio Garcia.

“But what really matters is that there’s less difference in distance between centred and of-centred shots. Making the difference shorter, and getting our mis-hits a little closer to the pin, can gives us the chance to save one stroke per round which might, at the end of a tournament, make the difference which decides between winning or have possibilities of winning, or finishing 20th.”

After the presentations we all went to the tee of hole 2, a par 3 of the course, where the No.3 of the Official World Golf Ranking made ​​a testimonial performance demonstration of the new RSi irons with Face Slot. Sergio began his series of shots with his current Tour Preferred MC 5 iron, and then went on with the new RSi 1, RSi 2 and RSi TP 5 irons under the supervision of José Enrique Ruiz-Giménez, head pro of TaylorMade Performance Lab (TMPL) in Madrid, and the FlightScope launch monitor so that an objective comparison could be made of the performance of the shots with each club.

José Enrique Ruiz-Giménez pointed out that “it is known that 76% of the shots made by players are not hit with the sweet spot. What TaylorMade is looking for with the Face Slot technology is that the best players in the world, and especially amateurs of all handicaps, can benefit from this new technology.”

The FlightScope launch monitor could compare the Ball Speed, Smash Factor and Distance on off-centre hits of Sergio, considering a ‘mis-hit’ as a shot where the point of impact is 10 mm horizontally or 6 mm vertically away from the sweet spot.

The stickers on the club face revealed the difficulty of always hitting the sweet spot, even for the best professionals in the world. Of Sergio’s 14 shots, only four were made from the exact centre of the clubface.

What the Face Slot Technology does is to keep the ball speed from being sacrificed by mis-hits. In the attached statistical chart we can see that with the RSi 1, Sergio exceeds the 8 m/h ball speed of the Tour Preferred MC, which results in a longer shot, although this is not the iron that best suits his requirements, as the RSi 1 is oriented to the medium-high handicap golfer who is looking for extra distance. Where Sergio will benefit from the Slot Face is in a greater accuracy on off-centre hits.

From Smash Factor data, which measures the efficiency of hitting the ball, we can find out about distance and control effects, where we try to get the maximum accuracy possible with the shot.

The data reflects that the RSi TP irons don’t launch the ball as strongly as the RSi 1, but more like Sergio’s irons up to now, the Tour Preferred MC. The Face Slot of RSi increases the Smash Factor because the larger sweet spot ensures that even if you mis-hit the shot, the ball comes out almost at the same speed, and reaches a distance very similar to the ball hit from the centre of the clubface.

After Sergio’s test, those present had the opportunity to experience and test the performance of the new technology at the driving range of CC del Mediterraneo. And our feeling with the RSi 1 was really positive. Being a very easy iron to move, with a very forgiving impact, and where the ball flies off powerfully and gains height quickly, it became clear that the Face Slot is a technology that really helps to improve our ‘usual’ mis-hits.

It is time to improve bad shots

The launch of the RSi irons is accompanied by the “Nobody’s Perfect” campaign, which highlights that even though Tour professionals find the centre of the clubface far more often than amateurs, of course even the best pros in the world, like Sergio Garcia, mis-hit the sweet spot more often than we think.

Sergio is regarded as one of the most consistent players on the PGA Tour when he has an iron in his hands, but the mis-hit is also a big factor for him. “I would say in a given round of golf, we probably mis-hit the ball at least 30% of the time,” said Sergio Garcia. “It’s increasingly difficult to hit the centre of the clubface every time. That’s why it’s important that the club you play helps those little mis-hits perform pretty much as well as your sweet spot shots.”