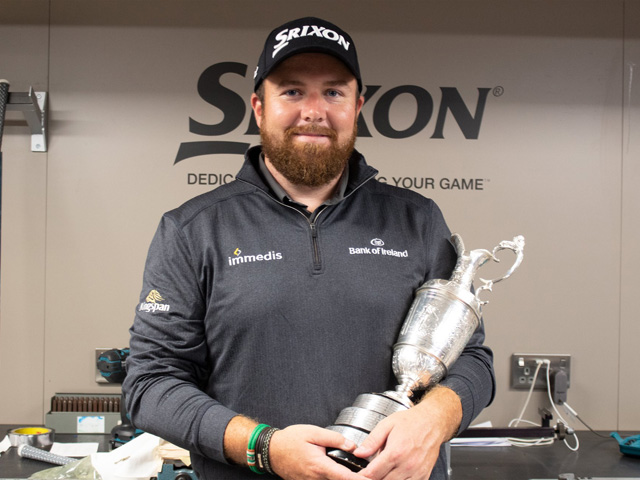 October 18, 2019 – Srixon and Cleveland Golf have announced that the Champion Golfer of the Year, Shane Lowry, has agreed to terms on a multi-year contract extension.

“I am absolutely delighted to have reached an agreement on a new multi-year contract with Srixon/Cleveland Golf,” Shane Lowry said. “This new contract extends my partnership with the brand to 15 years and almost my entire professional golf career since turning pro in 2009. With Srixon, I know that I am playing the most consistent and reliable ball in the world, and the new Srixon Z 585 Driver was a critical factor in achieving my first Major win at the Open Championship this year.”

Lowry, 32, a native of Clara, County Offaly, Ireland, turned pro in 2009 and has been a mainstay on the global tours ever since. Lowry owns two career PGA Tour victories, highlighted by his first major title at the 2019 Open Championship at Royal Portrush, where Lowry claimed an emphatic six-shot victory. Other notable career achievements for Lowry include winning the Irish Open as an amateur in 2009 and capturing the WGC-Bridgestone Invitational in 2015. Currently, Lowry ranks 18th on the Official World Golf Rankings.

“All of us at Srixon/Cleveland Golf are thrilled to extend our partnership with Shane,” said Rodney McDonald, Vice President of Tour Operations. “Shane is a great ambassador for our brands, and his continued support delivers worldwide validation for our products. We were all excited to watch him capture his first major title and look forward to continued success in the years to come.”

“I would like to sincerely thank all of the people at Srixon/Cleveland, both at the Head Office in Japan and the tour staff across Europe and the U.S. for their long-term faith and commitment to me in ensuring that I’m playing the best equipment every time I tee it up on a weekly basis across the globe,” Shane Lowry said. “I hope to repay this faith with many great days on the golf course in the years ahead.”