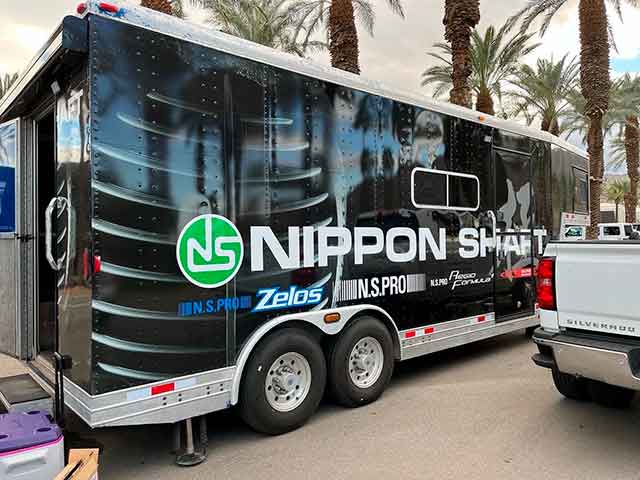 February 2, 2022 – Nippon Shaft recently launched its own new tour van on the PGA Tour, as the company continues its mission to help players and OEM companies have access to the best equipment available to compete in tournaments.

The 28-by-8-foot Featherlite trailer, covered with Nippon Shaft logos, made its first appearance at the American Express tournament at PGA West in La Quinta, California.

“Nippon Shaft is very excited to have its own home out on the PGA Tour,” said Hiro Fukuda, sales and marketing for Nippon Shaft.

“Our representatives have been travelling the PGA Tour since 2009 but having our own tour van makes it possible to have enough inventory to serve the OEMs and the players. This is a natural progression for us.” Previously, Nippon Shaft shared space with other companies in an independent van. 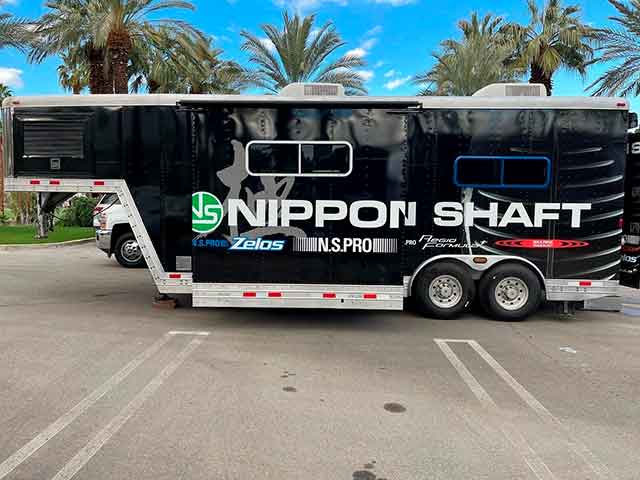 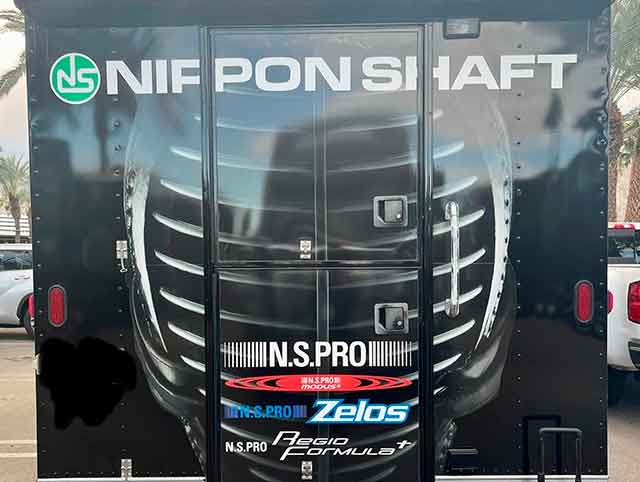 Nippon Shaft products are available globally either as stock or custom shafts in many of the world’s top iron brands. Nippon Shaft’s North American headquarters is in Carlsbad.