Interview – John Catlin, ready to give it all in the Race to Dubai final event and make it to the PGA Tour 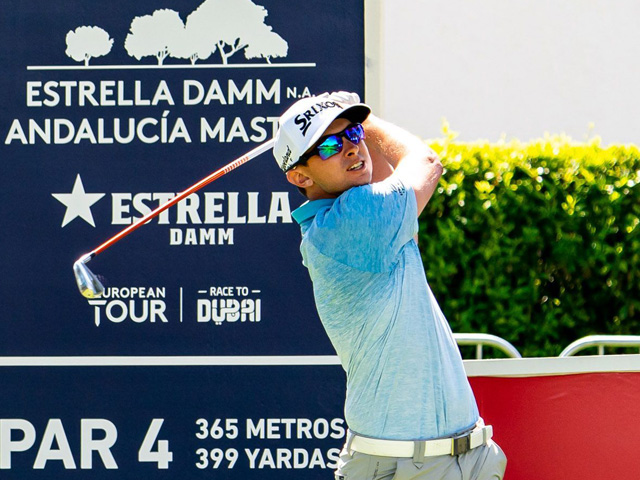 November 19, 2020 – This year a little-known player has appeared in the European Tour who, out of the blue, managed to win two big competitions. The month of September 2020 was superb for the American John Catlin, who became the revelation player with the return of the European golf competition after the Covid-19 pandemic confinement.

His only reference was having won four times on the Asian Tour (the Asia-Pacific Classic, Sarawak Championship and Yeangder TPC in 2018 and Thailand Open in 2019), in itself not bad at all. But then on 6th of September he won the Andalucía Masters in Valderrama (Spain), keeping himself trim against former World No.1 Martin Kaymer, and three weeks later he did the same at the Irish Open, with a sensational 64-shot comeback, leaving the Englishman Aaron Rai two shots behind. And he went from the 137º to the 84º in the world ranking.

In these times of lockdowns and restrictions we interviewed him in virtual mode (via Zoom), at his home in Sacramento (California), so that he could tell us about his feelings on winning in Spain, how he prepared for his breakthrough in Europe, his aspirations to win the DP World Tour Championship in Dubai next December, his goal to play in the PGA Tour and, of course, we asked him about Srixon and Cleveland Golf, his trusted equipment. 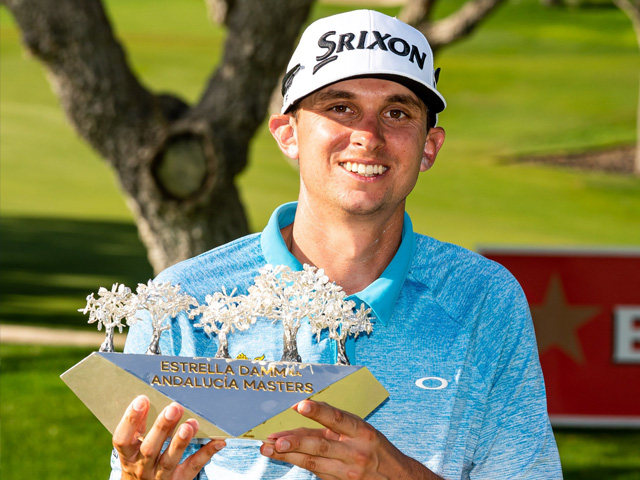 MYGOLFWAY: Estrella Damm N.A. Andalucia Masters champion, and Dubai Duty Irish Open champion all in the same month… Did you expect it? How do you feel?

JOHN CATLIN: It’s hard to say you to expect to win. I mean you tee it up with the intention to give yourself a chance every time you play, but to have actually accomplished that is something that is truly special. It’s a testament to all the hard work I’ve been putting in, me and my coach, for the last six years. 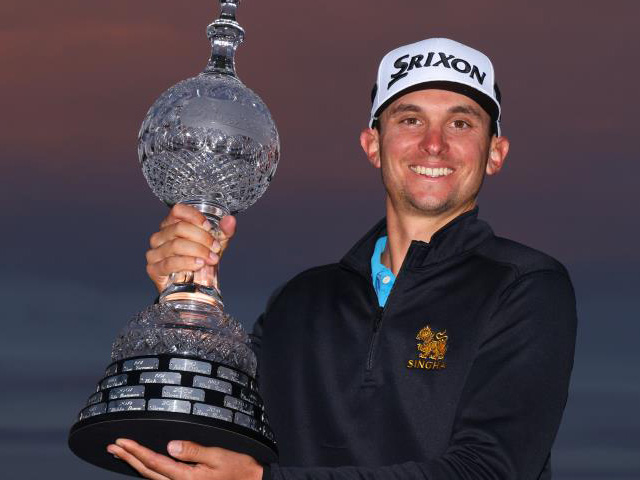 MGW: Then, when you played these events did you feel very sure you could win?

JC: Some of them yes. I knew I had the chance, specially the Irish Open. Just having won already gave me the confidence that I knew what I had to do. You never know if you can accomplish that, but I knew that I had done it before and I can do it again. To have that chance coming down the back in Ireland to hit that shot at the 18, make that birdie, and win the tournament is something really special.

MGW: What did you do for training during the lockdown?

Has that been the key to your success?

JC: Yeah, definitely. Me and my coach put in work every single day. That was kind of a nice thing, because we had two months basically with no tournaments at all. We didn’t know when they were going to start again. So, having that rare opportunity to put in work without the imminence of a tournament coming up meant we were able to get down to things that were holding me back. We were out there every day, putting in the time necessary to get to where I am now.

MGW: What subject did you focus on, fitness, technique…?

JC: Mostly technique but fitness is something I have put a little work into more recently. I think it is something that’s going to help me going forward – something I realise that acted in a couple of my wins. Something that will actually help me to win more and more often. Me and my coach focus now more in the technique side of it.

MGW: You have been in the Asian Tour, now at the European Tour… when will you play the PGA Tour?

JC: I hope very soon. That’s my goal, that’s where I want to get to. That’s the highest level of professional golf in my personal opinion. I hope to get there very soon, and I hope to have a very long career up there.

My goal is to win a Major Championship. I am keeping on working towards those goals. 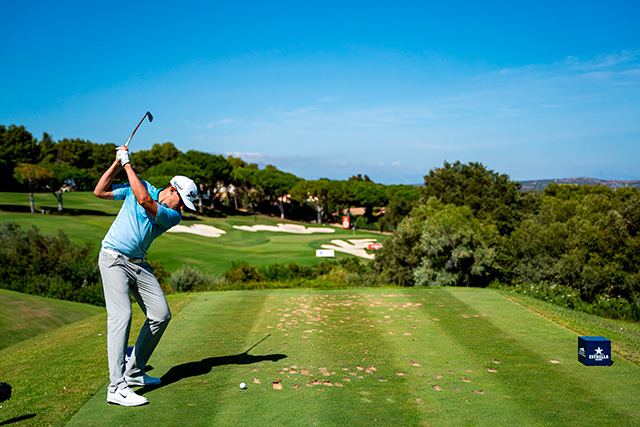 MGW: How long have you been playing with Srixon and Cleveland golf clubs?

MGW: What do you like most about your Srixon Z-Forged irons?

JC: I think Srixon makes a great iron. I don’t think they get enough credit for how good an iron they make. I play their blades, I have played them for six years. They perform so well, they are so consistent, they give me that flight I am looking for. I really think they do a great job.

MGW: Are you making any changes in you golf bag for next season?

JC: As of right now, no. I’ve tried some of the new stuff, and I am more comfortable with what I have right now. Obviously, I am playing really well and I have won twice with what I have in my bag. But I am sure that if I’m able to put a little more time into it, and I will find something that will work a little better. I am always trying to push the envelope and get better at what we do.

I mean, as right now I am pretty happy with what I’ve got, but I’m sure we’ll put in some time and maybe find something new.

MGW: For example, have you tested the new Srixon ZX7 driver?

JC: Actually, I haven’t had a chance to try that out yet and I am curious. I’d like to give it a try and see what the numbers say, see how it flies, see how it feels off the face, see how it performs and go from there.

MGW: And have you hit the new Cleveland RTX ZIPCore wedges?

JC: I have tried them. They are very good. The 46º and 52º feel really nice, the 58º was good, very similar to what I play. The most important is that I am going to have to spend time on the 62º wedge. I couldn’t quite get the launch the way I wanted it.

We were confined by time. We were in Ireland. I teed off the next day, and we didn’t really want to mess with it too much, so I just stuck with the RTX-4 that I had in the bag. But if we could spend a little more time to figure out that launch, I think those will definitely end up in the bag. 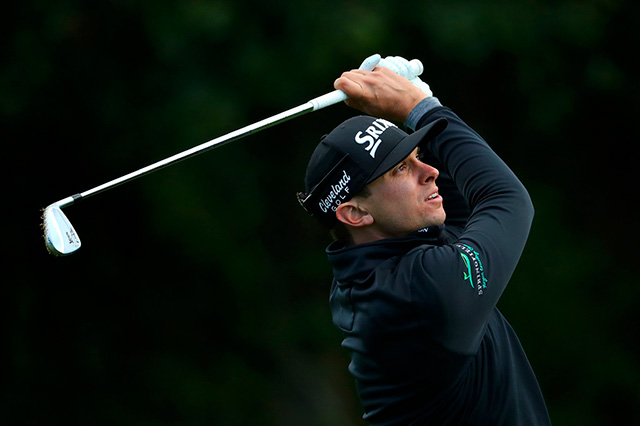 MGW: I understand that you are a player who trusts more in feelings than in numbers. Is that right?

JC: Yes, definitely I am more of a feel player. Certain feels produce certain shots. And I understand that for a draw I need to feel this, and for a cut with a wedge I need to feel that. If I take it back this far it will go about this far. But other than that, it’s feeling.  I have to be able to modify what I do in order to fit the shot that is coming up.

MGW: Why do you choose the Z-STAR golf ball?  The black (Z-STAR) or the red one (Z-STAR XV)? What does this ball bring to your game?

JC: I play with the black one (Z-STAR). I like it for those 50, 60, 70 yards shots. I like a little more spin on those shots. I like a ball that does a one-hop style, and I felt that the Z-STAR gave me a bit more of that ground that I was looking for on those shots. And a little bit around the greens I like to have that spin as well. So that’s why I chose the Z-STAR, which is a little bit softer. I just felt that it performs the way I’d like a golf ball to perform.

MGW: What are your goals for the next season?

JC: I’ve got those two events in Dubai. I’d like to finish as high as I can in the Race to Dubai. If I were to win the season ending event I think it might put me in the Top-50 in the world, which would open up 2021. 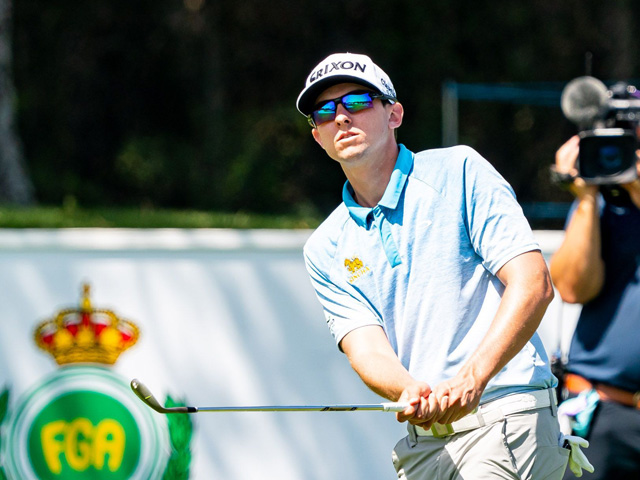 MGW: Will you come back to Spain to try to win again?

JC: I’ll definitely come back. I’d love to defend my title at Valderrama. That’s a very special place. The golf course, the people, the food, everything. I love Southern Spain. I’ve actually been to Barcelona too. I went there to the European Tour Q-School. It’s a lovely part of the world.

MGW: And finally, do you think Vallderrama is the most important win in your career?

JC: Yes. So far, at this point, it’s my biggest win. Wining for the first time is always the hardest. You’ve got that weight on your back. The pressure is on. You haven’t done it before – in Europe -. So, for me, it was the biggest just because it gave me the confidence to win the second one. I don’t know if I’d have won the second one if I hadn’t won the first one.

You can do that game as long as you want – go back and forth with the ‘what if’. But I just think, for me, getting that first win, is going to open up a lot of doors and give me a lot of confidence to go forward.