European Tour – The Spanish Armada, united by the desire to win the Acciona Open de España 2021 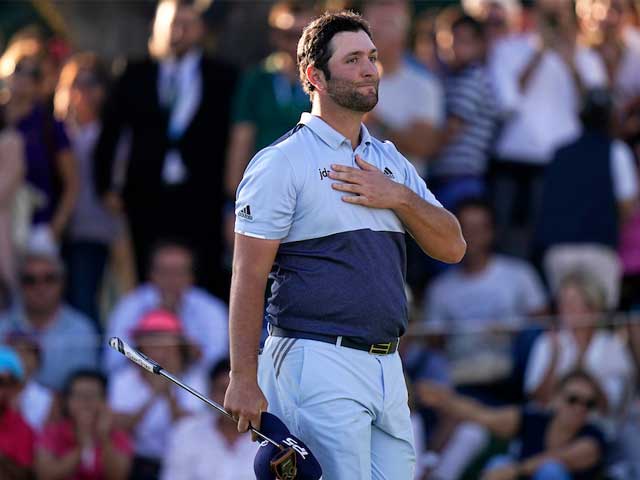 September 30, 2021 – Álvaro Quirós in 2010; Miguel Ángel Jiménez in 2014; and Jon Rahm, consecutively in 2018 and 2019, were the last Spaniards to grace the winners’ circle at the Acciona Open de España presented by Madrid. Four wins in the last nine events is indicative of the significance of the leading role of the Spaniards in the recent history of this important tournament.

Almost thirty players from our country -not counting last-minute invitations- will be among the field this year in an event that has a long tradition, not only in Spain but in the continent of Europe.

Leading them out will be Jon Rahm, a man all the fans will be hoping to catch a glimpse of as he is currently the world number one and will be defending the titles he won in 2018 and 2019. Second in command will be Rafael Cabrera-Bello, runner-up in the last edition, when top of the leaderboard was flooded with Spanish flags thanks to third and fourth place finishes for Samuel del Val and Adri Arnaus, respectively. It was a historic finish for the armada.

All four of them will be at Club de Campo Villa de Madrid, from 7 to 10 October, hoping for a repeat performance as they form part of a group of Spaniards who have proved their mettle in most cases with a notable season thus far.

However, winning this event, something 39 Spaniards have achieved, Jon Rahm being the latest at the unforgettable 2019 edition, is always far more difficult than it may seem, in part because the last 40 years have only produced eight home victories, three of which came at the hands of Seve Ballesteros. The genius from Pedreña outplayed the field in 1981, 1985 and 1995, the latter at Club de Campo Villa de Madrid, this year’s venue.

Galician player Santiago Tarrío, with two Challenge Tour wins this season, also stands out from a list of Spanish participants that also includes Ángel Hidalgo, who has one Challenge Tour and two Alps Tour victories to his name in 2021.

Cantabrian player Nacho Elvira, who finished third in the 2018 Open de España, is worthy of a special mention after his win at the Cazoo Open on the European Tour this year, while Asturias native Alfredo García Heredia has also topped the podium this season at the B-NL Challenge Trophy on the Challenge Tour.