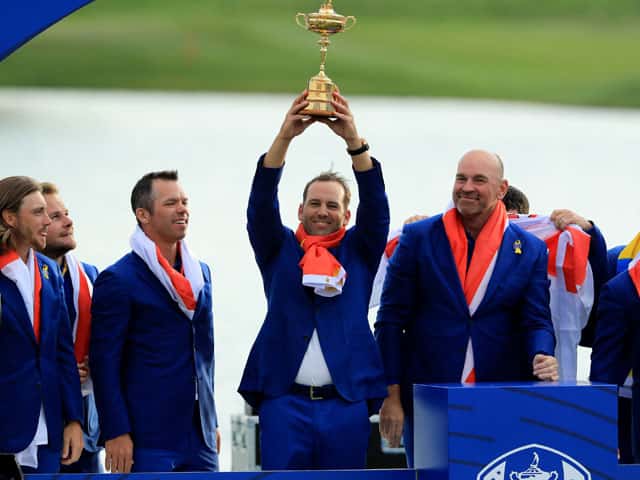 October 9, 2018 – Sergio García will defend his Andalucía Valderrama Masters title from October 18-21 in the wake of becoming all-time Ryder Cup points leader at the Le Golf National. This feat is the result of nearly two decades of steady success in an event focused on team action rather than individual performance.

Sergio made this point very clearly at the start of the week in Paris: “I’m not concerned by records, I’m not even thinking about that. If I managed to beat that record, but we lost the Ryder Cup, it would be worthless to me. I’m only interested in adding points to the team so that we win back together the Cup for Europe. Only the team counts this week.”

It was Sergio’s ninth appearance in the showdown against the US, one more than his childhood hero Seve Ballesteros. He made his debut at Brookline (3-1-1) where Europe lost, but the Spanish rookie exhibited the blend of talent, courage and team spirit that would enable him to take up the torch as one of the pillars of the European side. While Seve revitalized the event by opening its doors to continental Europe and inspiring the team to new heights, Sergio has made a vital contribution to consolidating European dominance over the last two decades.

After a disappointing season this year, the 38-year-old arrived at the Albatros Course as a risky captain’s pick, but by week’s end he had cemented his legacy as one of the greatest players of the biennial event. His Sunday singles victory over Rickie Fowler capped a 3-1 week in which he was key to Europe’s sixth consecutive victory on home soil, and pushed his career Ryder Cup record to a sparkling 22-12-7 in his nine appearances, the 25.5 total points breaking the previous record.

It was a glorious and emotional moment after his win on Sunday: “Yeah, I don’t usually cry, but I couldn’t help it. What a week! It’s been a rough year, but you know, we fought hard. Obviously so thankful for Thomas to pick me and believe in me, and so happy, so happy to get the Cup back here in Paris and in Europe and for everyone to enjoy it as much as they did.”

But the team was definitely on the front of his mind: “Yeah, it means a lot but at the end of the day, I’ve always said it. It’s about the team and I’m happy that I was able to help with some of the points. It’s a bonus. It’s something that I never thought I would have the possibility of doing, and now that it’s happened, I’m just so happy. I mean, these guys are unbelievable.” 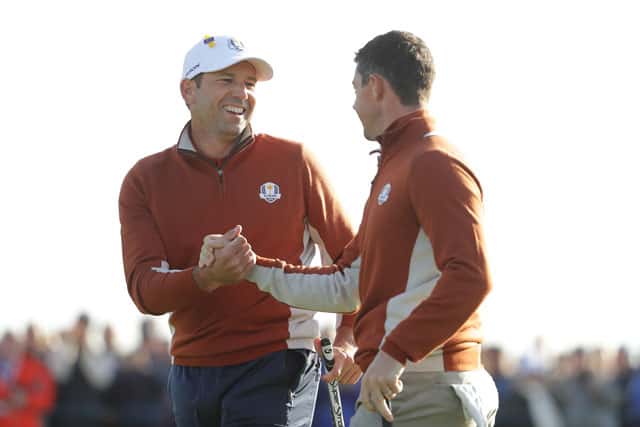 Next week at Real Club Valderrama, one of his favourite courses, Sergio will look to build on this positive momentum as he fights, this time individually, for his third Andalucía Valderrama Masters title.

Tickets for the 2018 Andalucía Valderrama Masters hosted by the Sergio García Foundation are available HERE. Children under 14 are admitted to the event free of charge when accompanied by a ticket holding adult.