February 26, 2015 – Everyone has, at some point in their lives, been so captivated by a moment of sport that time stands still and nothing else matters except seeing what happens. That is precisely the concept behind The European Tour’s latest ad campaign, ‘Drama on the World Stage’, which is aired for the first time this week.

The ad – shot in super slow motion and to a haunting Mozart soundtrack – features US Open Champion Martin Kaymer hitting a bunker shot to the 18th green of the DP Tour World Championship, Dubai; a shot which literally entrances everyone watching.

Martin Kaymer said: “Making the film was great fun and I was proud to be involved in it. It was very cool the way it was done and it was great to be a part of something like that. It’s always great to promote The European Tour because we have so much to offer – and it’s good that we can show people what a good product we have.” 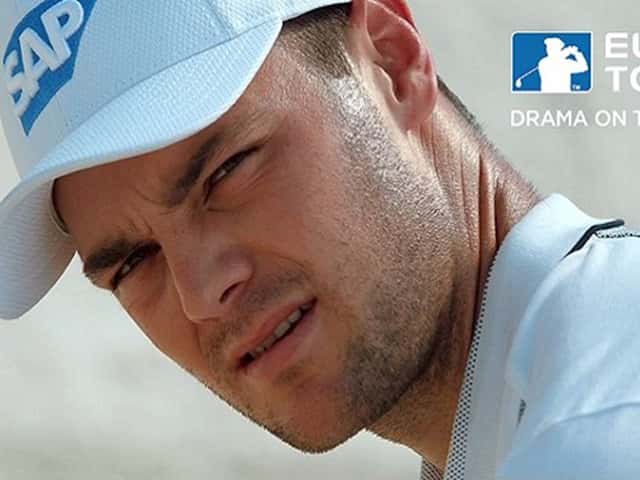 The ad captures that dramatic moment in time and focuses on the reactions of fans both at the event and around the world as they stare, transfixed, at the shot as it unfolds. From a distracted barman to interrupted lovers, everyone’s attention is held.

Around the green itself, thousands of spectators and photographers are enthralled, while in the adjacent television studio 2014 Ryder Cup Captain Paul McGinley and Sky Sports presenter David Livingstone watch in awe as the ball rolls towards the cup and hangs on the edge as the music reaches a crescendo.

The ad launches this week and will be shown by Sky Sports in the UK and The Golf Channel in the US, as well as being offered to broadcasters through European Tour Productions. The global campaign will reach into all of The European Tour’s key territories throughout Europe, Asia, Africa and the Middle East.

Tim Hunt, Marketing Communications Director for The European Tour, said:  “The success of our previous campaign, ‘Every Shot Imaginable’ has given us the confidence to develop this new campaign, focusing even more on the talents of some of The European Tour’s leading players.”

“The ability of our players to deliver dramatic sporting moments across the world, and the increasing engagement of our global fan base were the inspiration behind the idea. We hope everyone will enjoy the ads and that they will inspire fans to continue to watch the incredible performances of our players week in, week out on The European Tour.”