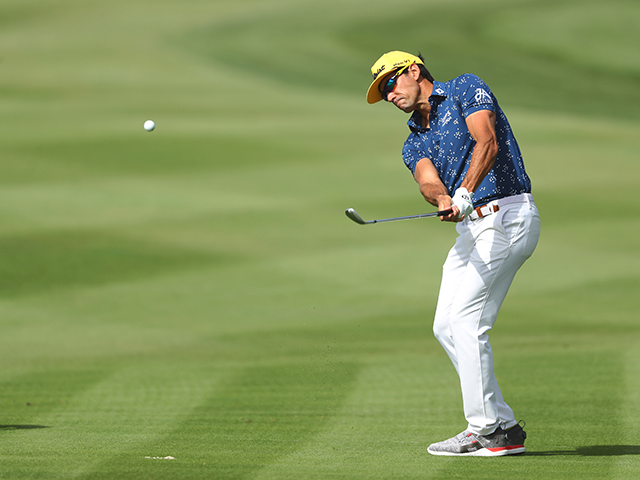 The Ryder Cup star, who was born in Las Palmas de Gran Canaria, will host and participate in the first event of the new ‘Canary Islands Swing’ at Meloneras Golf in Maspalomas, which will be followed by the Tenerife Open at Golf Costa Adeje on April 29-May 2.

Cabrera Bello is passionate about the development of golf in the Canary Islands, and in 2019 he established the Circuito Juvenil Rafa Cabrera Bello, an annual series of tournaments for children and young golfers around the archipelago. The circuit will celebrate its third test on Saturday April 24th at Maspalomas Golf Club, at the same time the professionals are fighting for the Gran Canaria Lopesan Open title in Meloneras.

The 36-year-old’s own career started at a young age – after taking up the game at the age of six on Gran Canaria, he went on to win the Spanish National Championship every year from under-7 to under-18 level.

Now an established European Tour star, Cabrera Bello’s third and most significant European Tour victory came at the 2017 Aberdeen Standard Investments Scottish Open, when he secured his first Rolex Series title. That triumph followed an impressive Ryder Cup debut for Team Europe, as he remained undefeated from his three matches at Hazeltine National in 2016.

Following a strong start to 2021 with a fourth place finish at the season opening Abu Dhabi HSBC Championship, Cabrera Bello is looking forward to his homecoming later this month.

Rafa Cabrera Bello said: “It’s a proud moment for me to host a tournament on Gran Canaria and I can’t wait to tee off in the Gran Canaria Lopesan Open at Meloneras Golf. Although I’m now lucky to travel all over the world playing golf, I have remained connected to the Canary Islands and was proud to be able to establish the Circuito Juvenil Rafa Cabrera Bello in association with Real Club de Golf de Las Palmas in 2019.

“Although we’re not able to welcome spectators in person in the current climate, I hope that young players will be inspired by having two European Tour events in the Canary Islands, and I thank everyone involved in making both of these tournaments happen.”

The Gran Canaria Lopesan Open and Tenerife Open mark the European Tour’s return to the Canary Islands for the first time since 1995, when Sweden’s Jarmo Sandelin defeated legendary Spaniard Seve Ballesteros and England’s Paul Eales by one shot to win the Open de Canarias at Campo de Golf da Maspalomas on Gran Canaria.