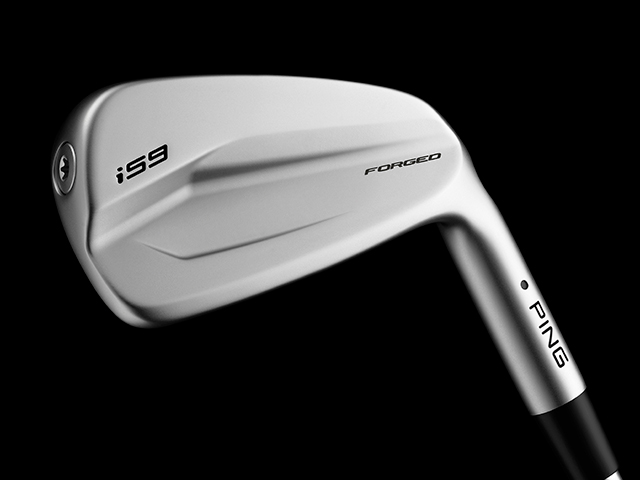 August 24, 2021 – Employing a patent-pending technology known as AlumiCore, PING today introduced the i59 iron, a forged blade that delivers the look, feel and trajectory control preferred by better players with forgiveness unprecedented in blade-style designs.

The custom-built i59 irons are now available for custom fittings at authorised PING retailers around the world.

“There’s been a lot of anticipation for the i59 iron since we took them out on tour a few months ago, so we’re very excited to bring them to golfers around the world,” said John K. Solheim, PING’s president.

“It’s a true forged blade on the outside, but inside it’s like nothing ever engineered in golf equipment. Our team took on the challenge of disrupting an iron category that traditionally has lacked a lot of performance innovation and developed an iron unlike any other. The combination of the look, feel and forgiveness ‘when you need it’ sets it apart from anything else in the industry. Once golfers hit it, they’ll be pleasantly surprised by its versatility. The i59 will clearly appeal to better golfers but the combination of forgiveness and clean appearance will attract golfers of all skill levels.”

“It’s been very well received on tour and was in the bag of Viktor Hovland when he became the first Norwegian to win on the European Tour earlier this summer. Johannes Veerman just won with a full set of the i59s on Sunday at the Czech Masters. The players really like the distance control and the ability to consistently flight the ball to the precise yardages required to succeed at the professional levels.” 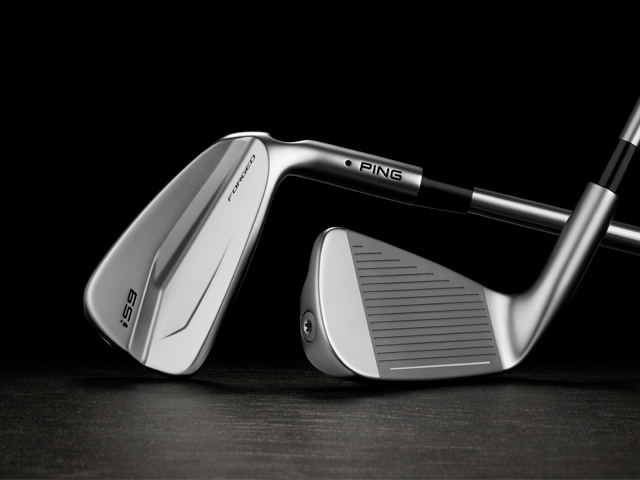 An aerospace-grade aluminium insert allows approximately 30 grams of material from the centre of the club to be redistributed to the perimeter, some in the form of toe and shaft tip weights, elevating the MOI to match that of the larger PING i210 iron. Each iron in the set requires a different size aluminium core, adding to the precision and complexity of the manufacturing process to ensure quality and performance in every iron. The result is a forgiving, forged iron with a crisp, solid feel at impact that delivers lower launch and trajectory control with the precision expected from a blade design.

“We know this type of player may not put forgiveness at the top of their list when considering their iron choice, so we engineered it in a way that increased the MOI in a clean and impactful way,” said John K. Solheim.

“At address, it’s perfectly sized and shaped with a thin top line and the right amount of offset. It has a narrow sole to move smoothly through the turf and ensure a pleasing impact experience. Inside, the AlumiCore technology allows us to increase the MOI by moving the weight to the perimeter using toe and shaft tip weights. Our player testing shows tighter dispersion throughout the set and very high marks for feel.”

The precision-machined face has new MicroMax grooves for tighter spacing and a geometry that results in an average of four extra grooves on each club to reduce fliers in the short irons and preserve spin in the long irons for greater control and consistency.

“We love the challenge of improving groove performance,” John K. Solheim said. “When golfers address the i59 iron, they’ll notice more grooves. We were able to accomplish this through our continuous research and experiments with different configurations to deliver the spin performance required for consistency and predictability from all conditions.”

During the development of the iron, PING’s innovation and engineering teams spent significant time perfecting the manufacturing process which includes 100% inspection of numerous steps, including sole shaping, head polishing, face machining and head forging. Joining the 1025 carbon steel forged body, aluminium insert and laser cut 17-4 stainless steel face employs a forging process known as swaging, which applies pressure to the three parts, creating a unibody-style part that is then plasma-welded to seal the seams.

“The i59 project pulled in our expertise from multiple disciplines within our engineering and innovation groups,” said John K. Solheim.

“Once we had the idea to join the three parts together, we were challenged with scaling the complicated process within the manufacturing process. In collaboration with our suppliers, we developed highly-precise procedures that makes the i59 the most technologically advanced iron we’ve ever manufactured.” 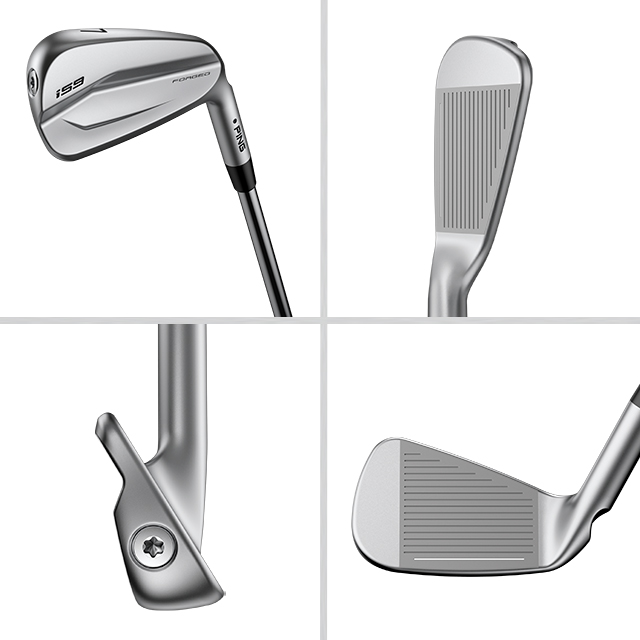