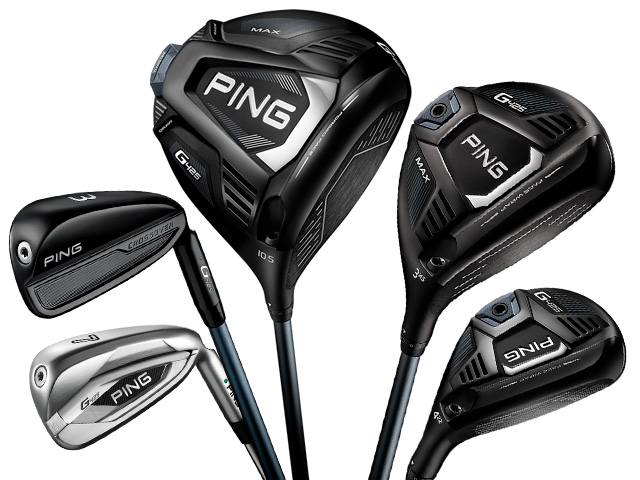 January 11, 2021 – Continuing its commitment to bring golfers advancements in technology that lead to lower scores and more enjoyment on the golf course, PING today introduced the G425 family, a complete set of custom fit, custom built clubs engineered for golfers of all skill levels.

“We’re very excited to bring PING’s next generation of score-lowering custom fit, custom built equipment to golfers,” said PING President John K. Solheim. “Our engineering teams have made significant performance improvements in the G425 family which we are confident will appeal to long-time, loyal PING players while attracting other golfers looking to play better and enjoy the game more, including those brand new to the game. As is our engineering philosophy, we don’t introduce a new product unless it’s measurably better than its predecessor. The G425 family exceeds that standard in both performance and appearance.”

“The Tour response to the G425 driver has been exceptional,”John K. Solheim added. “It started with a win its first week on the European Tour in the hands of Tyrrell Hatton at the BMW PGA Championship and has continued with wins around the world ever since. Viktor Hovland claimed the Mayakoba Golf Classic in early December with the G425 LST and one week later the U.S. Women’s Open Champion also relied on the new driver. In all, the G425 driver already has six wins to its name, helping earn titles on all the major tours around the world. The players are instantly attracted to the clean, premium look of the clubs and even more impressed with the performance.” 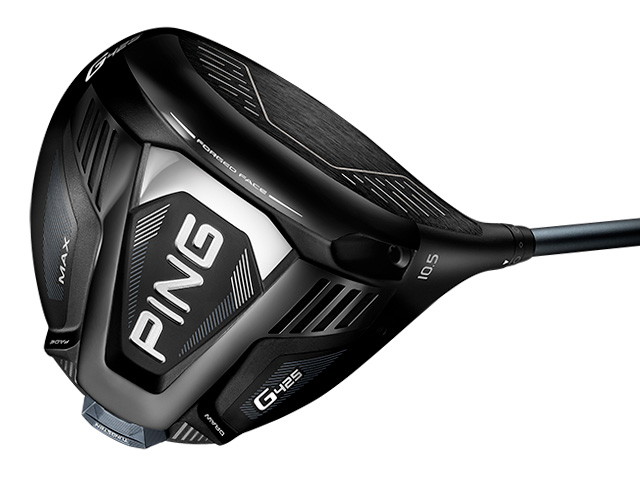 In the G425 driver series, the primary model is named Max as it elevates the moment of inertia (MOI) to PING’s highest level in history and provide golfers the most forgiving driver in golf. Joining the G425 Max are the G425 LST (Low Spin Technology) and G425 SFT (Straight Flight Technology) to best match a golfer’s swing and launch conditions.

To achieve the new performance levels in the G425 Max (9º, 10.5º, 12º lofts), PING engineers combined key technologies from the G400 Max and G410 Plus. The resulting increase in MOI in the 460cc head comes mainly from a 26-gram tungsten movable weight, which is made possible by weight savings attributed to advancements in the driver’s Dragonfly crown technology. The weight can be positioned at distinctive settings over a smaller area than G410 Plus/LST to help shift the center of gravity lower and farther back without sacrificing performance elsewhere in the design. The CG-shifting weight can be secured in one of three settings — neutral, draw or fade — to influence forgiveness and shot shape for maximum performance. The average MOI increase is 14% across the three weight positions compared to the G410 Plus, with three combinations of weight position and loft exceeding a combined MOI of 10,000 (gm-cm²). 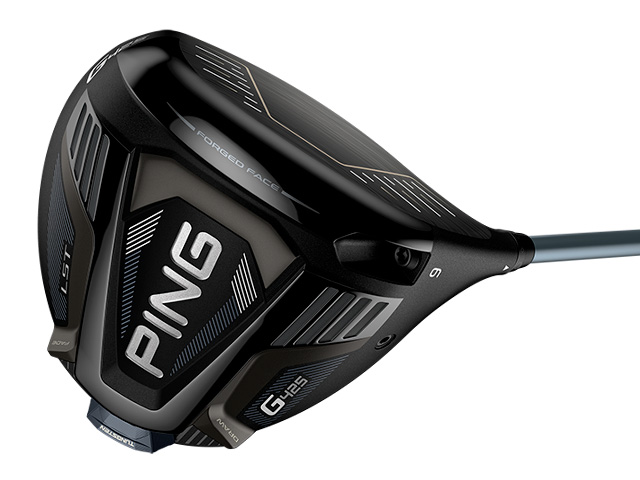 The G425 LST model (9º, 10.5º lofts) is designed with a pear-shaped head and measures 445cc to deliver spin reductions of approximately 200 rpm compared to the G410 LST and 500-700 rpm versus the G425 Max. The smaller head size of the LST employs a 17-gram CG shifter with three settings (Draw, Neutral, Fade) to fit the launch conditions best suited to the golfer’s swing and desired ball flight. 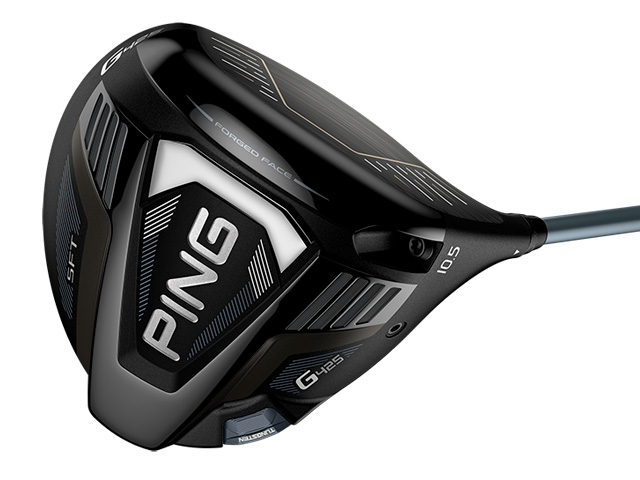 For golfers who commonly miss their tee shots to the right, the 460cc G425 SFT version (10.5º loft) is engineered with draw bias to help bring shots back on-line and into the fairway. It features a fixed 23-gram tungsten back weight that shifts the CG closer to the heel to promote a right-to-left shot bend of approximately 25 yards compared to the G425 Max model. A lighter swingweight (D1) also helps influence the ball flight correction.

To help contribute to increases in swing speed and ball speed, all three models share proven PING driver innovations, including turbulators for reduced aerodynamic drag and the proprietary T9S+ forged face to accelerate face flexing for more distance. An internal rib structure in the Ti-8-1-1 body improves acoustics for a solid and pleasing sound.  Each model also features the lightweight, 8-position hosel for loft (+-1.5º) and lie (up to 3º flatter) adjustments to further dial in ball flight. 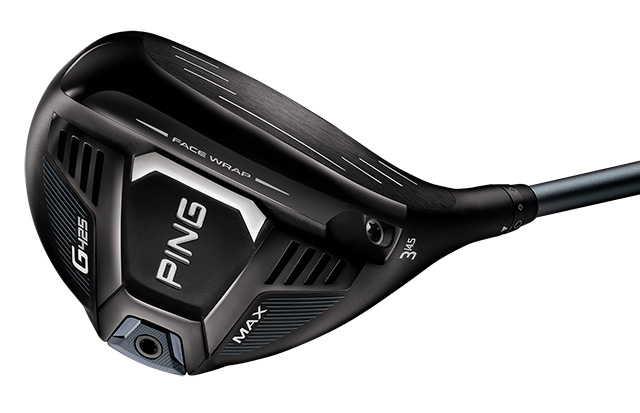 With the Facewrap design, a thin, high-strength maraging steel face extends into the crown and sole to provide increased flexing for faster ball speeds that result in greater distance and high launching shots.

To bring more consistent spin performance, the faces of the fairway woods and hybrids are engineered with a complex face curvature that modifies the roll profile, mainly low on the face where the loft decreases approximately 2.5º to normalize spin and increase ball speed for more distance. Both player and PING Man robot testing revealed greatly improved distance results from Spinsistency, specifically low on the face, the most common miss-hit for fairway woods and hybrids. 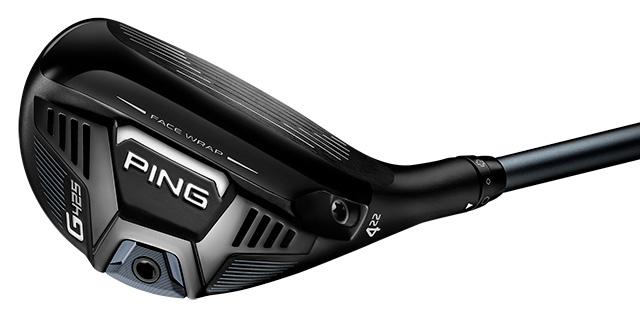 A tungsten sole weight strategically positioned in each club increases the MOI in the stainless steel heads for added forgiveness. On the crown, a new 3-dot alignment feature provides golfers a visual cue to address the ball to best match their eye.

Both the fairway woods and hybrids are engineered with the lightweight, 8-position hosel for loft (+-1.5º) and lie (up to 3º flatter) adjustments to further dial in ball flight.

In a departure from recent iron models, PING’s experts re-engineered the face of the G425 iron by employing a metal-wood-style, variable face thickness (VFT) design. This greatly increases flexing for measurable ball speed gains that launch shots higher and farther with the stopping power to hold greens – a rare result with most of today’s distance-minded irons.

In the process of creating the new face design, they developed a more compact head that sets a new standard for forgiveness for an iron its size. While shorter heel-to-toe than the G410 model, it boasts a 3% higher MOI due to mass savings from the new face geometry that have been re-allocated to the toe and hosel weights, which expands the perimeter weighting and greatly tightens dispersion.

Extensive finite element analysis was used to help develop a multi-material cavity badge that covers more of the face to damp undesirable frequencies and ensure a superb feel and pleasing sound.

The G425 irons feature a performance-improving, water-repelling hydropearl chrome finish and are available in 4-9, PW, UW, SW and LW in Standard, Power Spec and Retro Spec lofts. The grooves in the PW, UW, SW and LW are precision-milled to ensure control and touch into and around the green. 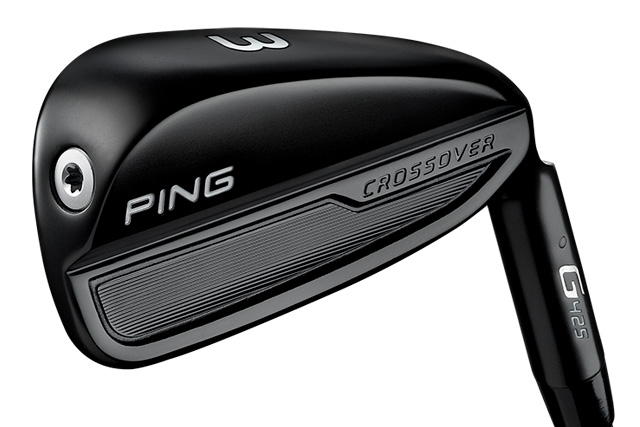 On the tee or off the ground, the G425 crossover is engineered to bring golfers gap-filling, long-iron-type performance by delivering more distance and green-finding forgiveness. The thinner face and internal geometry deliver the ball speeds to hit high-flying shots that land softly and closer to the hole. Forgiveness is supplied by the toe and hosel weights that expand the perimeter weighting to increase the MOI. It is further distinguished by its functional and resilient stealth hydropearl finish that helps repel moisture and improve performance from all conditions. Available in 2 (18º), 3 (20º) and 4 (22.5º).

The PING ALTA CB Slate (SR, R, S, X) is the standard shaft in the G425 Driver, Fairway Woods, Hybrids and Crossover. Continuing PING’s belief in counter-balanced technology, it is engineered with an 8-gram plug in the end of the shaft to deliver more momentum and forgiveness. In the G425 iron, the AWT 2.0 is the stock steel shaft and the ALTA CB Slate is the stock graphite option. 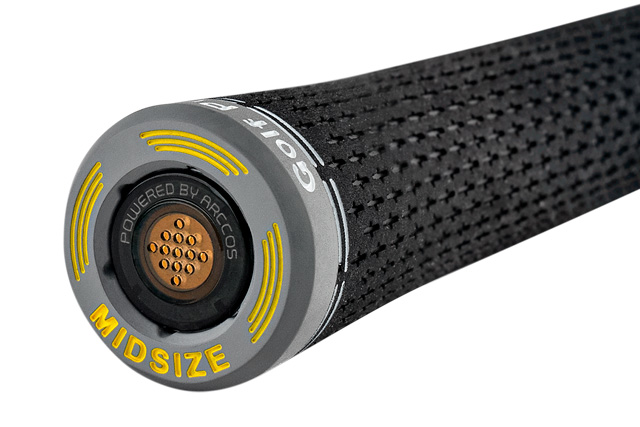 The Arccos Caddie Smart Grip (Golf Pride Lite 360 Tour Velvet) in one of four sizes (Red -1/32”, Aqua -1/64”, White/Std, and Gold +1/32”) is the standard grip on all G425 clubs. Golfers who purchase a set of five or more G425 irons in one transaction are entitled to eight free Arccos Screw-In sensors and a 90-day free trial of the Arccos Caddie App. Golfers who purchase one or more G425 driver, fairway wood, hybrid or Crossover are eligible for 14 free Arccos Screw-In sensors and the 90-day app free trial for a $19.99 shipping and handling fee.