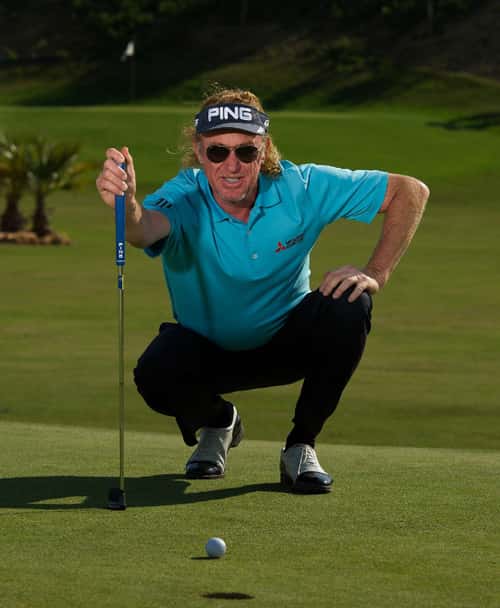 May, 24, 2015 – Maui Jim, Inc., the company whose premium polarized sunglasses let you see the world in clear, spectacular colours, announced the addition of golfer Miguel Angel Jimenez to its team of ambassadors. The news was made at the BMW PGA Championship at Wentworth Club for which Maui Jim is the Official Eyewear Supplier.

With 23 tour victories currently under his belt, Jimenez held the record as the oldest winner on the European Tour at 50 years and 133 days when he won the Spanish Open in May 2014. In doing so, he beat that same record when he successfully defended the Hong Kong Open for the fourth time in December 2013. Jimenez counts his four Ryder Cup appearances as career highlights.

Born into humble beginnings in Malaga, Spain, the fifth of seven brothers, Jimenez left school at 15 years of age and worked in a garage and then at Torrequebrada Golf Club, near Malaga in Spain, collecting golf balls on the driving range and as a caddie. After watching his idol Seve Ballesteros in the Spanish Open at Torrequebrada in 1979, Jimenez was inspired to take up the game himself, turning professional in 1982.

2014 was a successful year for Jimenez with three victories – in Hong Kong, Spain and in his first Champions Tour event in the United States at the Greater Gwinnett Championship. In 2015 Jimenez will split his time between the European Tour and Champions Tour, where he achieved his first success of the year at the Mitsubishi Electric Championship at Hualalai, Hawaii. His current world ranking is 72 and is ranked 29 on the European Tour Race to Dubai.

Once known as “The Mechanic,” he is now considered by many to be the world’s most interesting golfer with a relaxed charisma and ever-present Cohiba Siglo VI or Partagas Serie E No. 2 cigars. Adding to his unique style will be several pairs of Maui Jim sunglasses, including Sugar Beach, Frigate and a classic pair of aviators called Mavericks.

“I am about enjoying life and enjoying golf,” Miguel Ángel Jiménez said, “so, I only work with products that legitimately enhance how I see the game. When I had the chance to test Maui Jim, I was impressed by the clarity of the lenses, and their ability to improve what I see on the course. The colour is amazing, so it makes the whole game more rewarding, whether I win or lose. But, I’m out to win!”

“Miguel exemplifies what Maui Jim is all about – be competitive, be the best, but enjoy life along the way,” commented Maui Jim’s Global Director of Golf and Tennis, John Romaine. “He has an incredible work ethic, but is a generous, exuberant person. We’re looking forward to working with him on his initiatives and to being counted among his sponsors for what we hope will be his most colourful season.”

All Maui Jim lenses use patented PolarizedPlus2 lens technologies that eliminate 100 percent of UV rays and 99.9 percent of glare from above, below and behind each lens. Maui Jim is the only company whose lenses feature a combination of three rare earth elements that produce true, vibrant colours. These rare earth elements also enhance definition and depth perception to produce crisper and more accurate views of the fairways and greens. 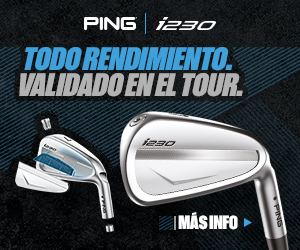 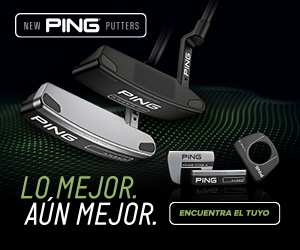