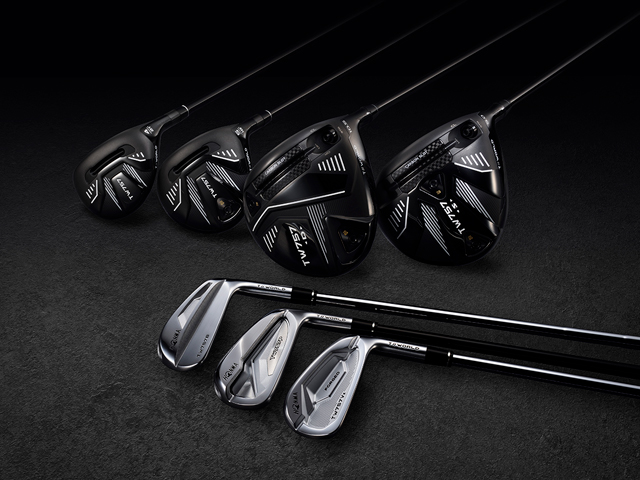 HONMA Master craftsmen (Takumi) have combined unrivalled club-making expertise with ultra-modern club technologies and high-performance materials including carbon, titanium and tungsten to ensure that the TW757 range is the brand’s most complete product set.

Offering ultimate control in designs that are optimised for swing speeds between 85-120 mph, the TW757 S and D drivers, FW and UT woods, plus stunning TW757 P, Vx and B irons are available at retailers across Europe from next month and sit alongside the game-improvement GS (Gain Speed) series and super-premium BERES BLACK and BERES AIZU collections in the 2022 range.

“We pride ourselves on relentless innovation with every new club that we bring to market and the TW757 range is no exception,” said Tony Scott, Head of Marketing at HONMA Golf Europe.

“The introduction of Carbon-Slot technology marks another cutting-edge development in club design from our R&D team, and that coupled with an entire family of multi-material irons delivers incredible distance performance for golfers of varying swing speeds,” he added.

Designed to deliver explosive ball speeds and optimal distance off the tee, the revolutionary Carbon-Slot technology is a world first innovation applied to the TW757 S and D drivers. Reinforced with carbon to maintain strength, HONMA Takumi have been able to reduce the thickness of the sole slot, leading to maximum club face repulsion for incredibly long carries. 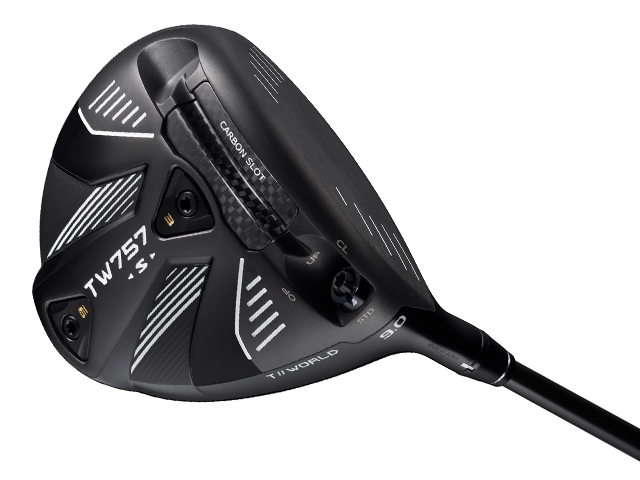 The pioneering slot works in synergy with the lightweight carbon crown to further increase the initial ball speed and lower the CG. The feel and sound are also improved upon impact. Two ribs, positioned underneath the crown, maintain rigidity around the club face for added repulsion by efficiently connecting the bending energy of the carbon material at impact.

The club heads of the drivers are designed in a keel shape thanks to re-positioning the weight saved from the strategically designed vertical slit face. This delivers a high-MOI for reduced distance loss and ultimately more forgiveness on off-centre strikes. 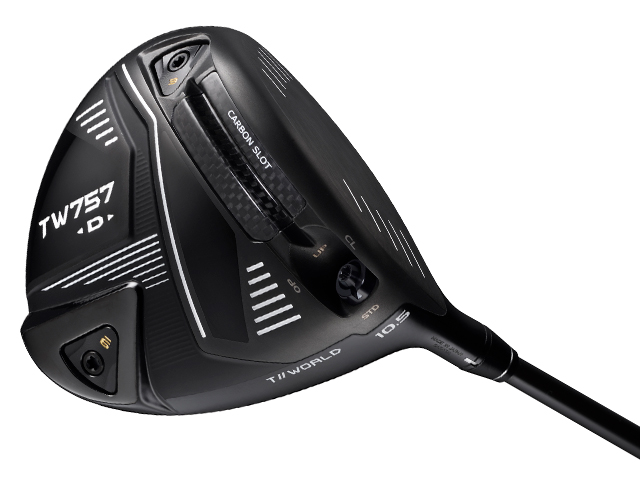 The 450cc TW757 S model is suited to more accomplished golfers seeking super stable shots and spin control off the tee. It features adjustable front and back weights – in 3g and 9g – on the sole to ensure optimal launch and spin is achieved. Aimed at golfers looking for more forgiveness and dispersion control, the 460cc TW757 D shape also offers adjustability with front and back weights – also in 3g and 9g – positioned in the toe and heel respectively. 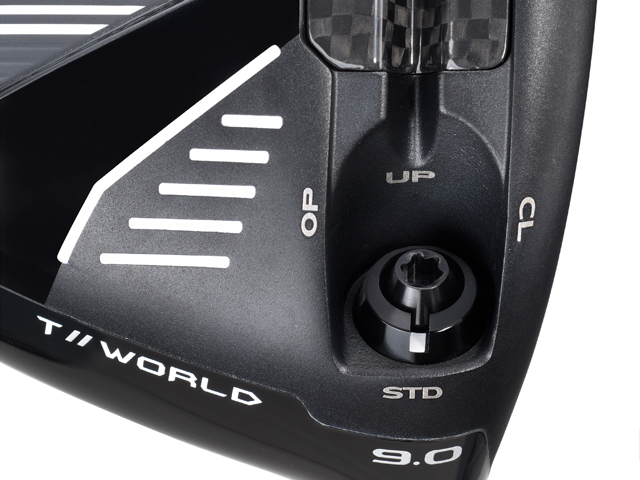 In addition to the game-enhancing features, both drivers incorporate the patented non-rotating system so that the spine of the VIZARD for TW757 shaft remains in the same position once adjusted. This delivers unrivalled dispersions and long-game consistency.

The concept behind the TW757 woods has been developed and improved compared to the previous models, resulting in faster ball speeds and more precise trajectory control. 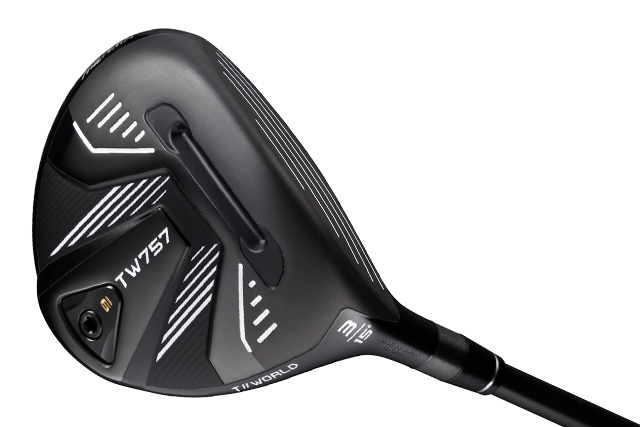 With a specific CG design tailored to each TW757 FW fairway wood, different internal weights – 43.7g in the #3W, 51.4g in the #5W and 59.7g in the #7W – are positioned low and shallow resulting in high launching trajectories with optimal spin. A carbon crown, a cup-face structure and vertical face slits in the #3W, plus a low-CG design maximises repulsion at impact and generates a strong ball flight that is ideal in windy conditions. In the #5 and #7 woods, the synergy of the sole slit and adjustable back head weight deliver the ideal combination of a high launch and low spin to attack the pin from far out.

The TW757 UT also features progressive internal weighting throughout the different loft options in order to position the CG for optimal launch and spin. Carrying similar high-performance features as the fairway woods, the UT has been strategically engineered to deliver fast initial ball speeds and game enhancing forgiveness. 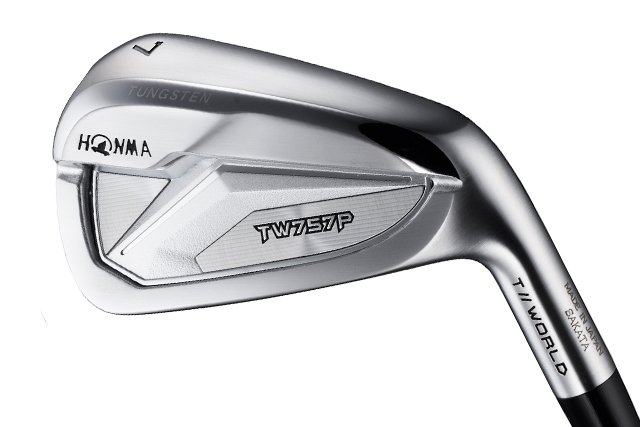 The cast TW757 P is a modern player’s distance iron that is packed with technology to offer fast ball speeds, plus game-enhancing forgiveness and a precise, controlled flight. Irons #4-#7 feature a 6g weight screw and a 12g Tungsten weight in the toe and sole that increase the CG length for improved stability at impact. The #8-#9 irons incorporate the 12g tungsten sole weight, while reduced face thickness throughout the set increases repulsion for faster initial ball speeds. An under-cut structure to the cavity of the iron offers added forgiveness. 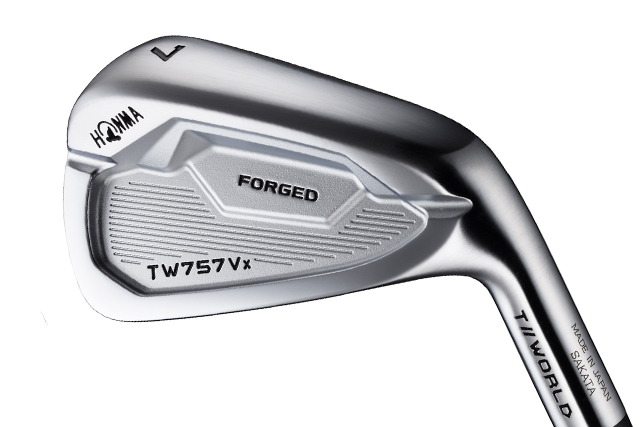 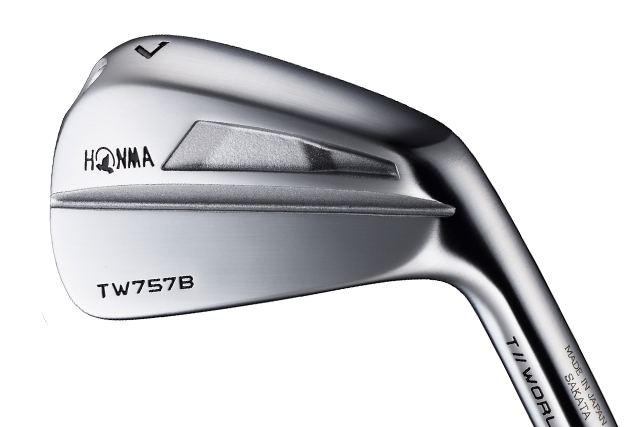 For serious golfers seeking exceptional feel and control, as well as a supremely clean look, the beautifully crafted TW757 B iron is the new generation blade. It features a Tungsten weight with built-in resin components across the #3-#7 irons in the set. This extends the CG to improve dispersion and absorb vibrations at impact. The removal of weight from the heel of the club head moves the CG closer to the toe and enlarges the sweet spot for unparalleled flight control and distance performance. 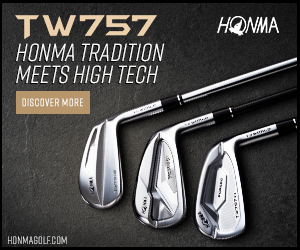 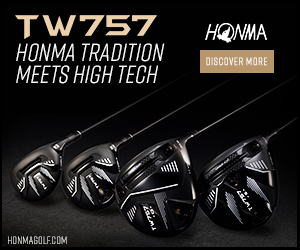