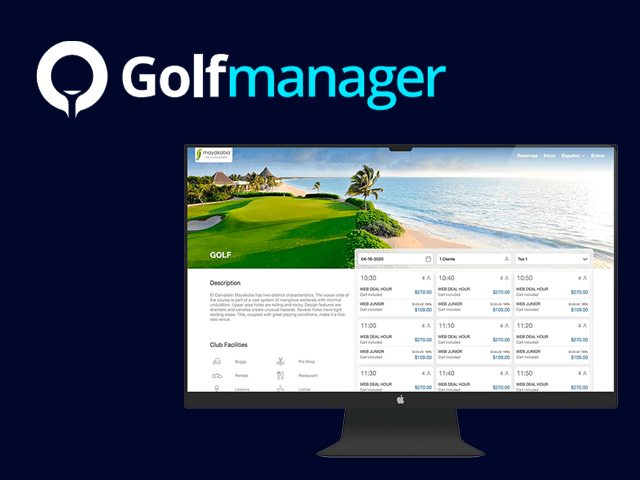 March 24, 2021 – Golfmanager presented this past week its spectacular results after the close of year 2020. In just over 2 years, more than 110 courses around the world have decided to use its technology to manage their clubs. And after the close of the first quarter of 2021, the growth is on track to record, tripling the number of courses compared to the previous year.

The vast majority of Golfmanager’s customers are in Spain and Portugal, making it the #1 software in the neighboring country. The rest of the customers are in 8 other countries around the world. 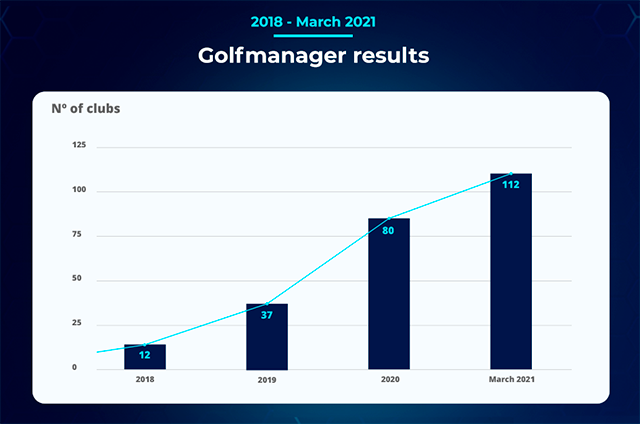 There is no other software that is growing at this speed in Europe and Rafael Vera, CEO at Golfmanager, explains that this spectacular growth is because “Golfmanager is the only software in Europe and the world that manages all the needs of a club with a single program and also 100% in the cloud. The fact of managing the Tee Sheet, online reservations, competitions, the restaurant, the academy, the App, etc. with a single program without the need to open different applications, with what it implies in comfort and increased productivity for managers, is what makes us totally unique in the sector”.

“Our technology is the most advanced and fastest in the market. It is not a coincidence that, in these 2 years, 3 of the top 5 courses in Spain (according to Leading Courses ranking) already work with Golfmanager. In the coming weeks we will also be able to announce all the new courses that will join Golfmanager, which are undoubtedly the best in their respective countries”.

In addition, Rafael Vera adds “it is no coincidence neither that Oracle, one of the largest technology companies in the world, recommends Golfmanager as its “Preferred Partner” (the only recommended partner) for the management of Golf Resorts around the world. They have seen that the golf industry is changing and that the technologies that existed until now have been left far behind with the speed at which the technological world is advancing. That is why they openly bet on our solution and promote Golfmanager among their associates.”

Golfmanager’s prospects for this year 2021 are to continue growing in Spain and Portugal as main markets and to enter strongly in two key markets such as the United States, where will shortly be announce an important alliance with an American partner) and the United Kingdom. And for all this, the company continue to expand its team in which they already have 13 professionals, doubling the team in the last year.