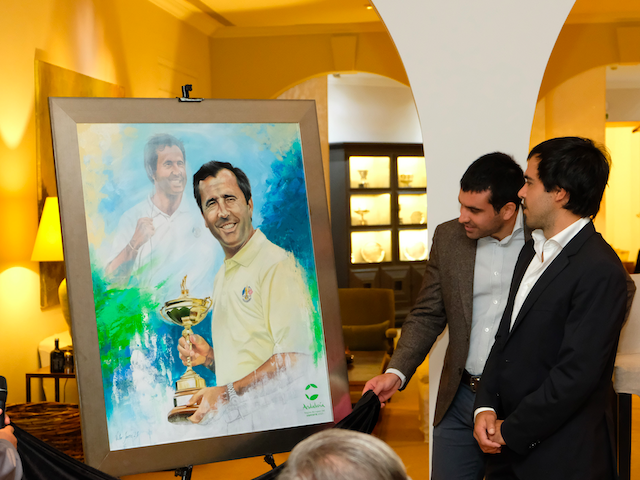 October 15, 2021 – The indelible memory of Seve Ballesteros impregnated the event held last Tuesday at the Real Club Valderrama in the setting of the Estrella Damm N.A. Andalucía Masters. Promoted by the Junta de Andalucía, represented among others by José María Arrabal Sedano, its Secretary of Sports, and also supported by the municipal corporation of San Roque headed by Mayor Juan Carlos Ruiz Boix, the heartfelt tribute to Seve Ballesteros was attended by his sons, Javier and Miguel, his colleagues Manuel Piñero and José María Cañizares and a very special hostess, María Acacia López Bachiller, press officer of the European Tour in Spain for more than forty years.

The importance of Seve Ballesteros for Andalusian and Spanish golf was once again made clear in a moving video that reviewed his career, and both his son Javier and the golfers who shared a thousand adventures with him framed with their words the spectacular figure of the genius of Pedreña. In addition, Javier Ballesteros gave José María Arrabal Sedano one of the polo shirts that his father wore in the spectacular Ryder Cup held in 1997 at the Real Club Valderrama to be exhibited in the Sports Museum of Seville, a garment that will be accompanied by a portrait of Victor Jerez, a painter specializing in sports scenes. 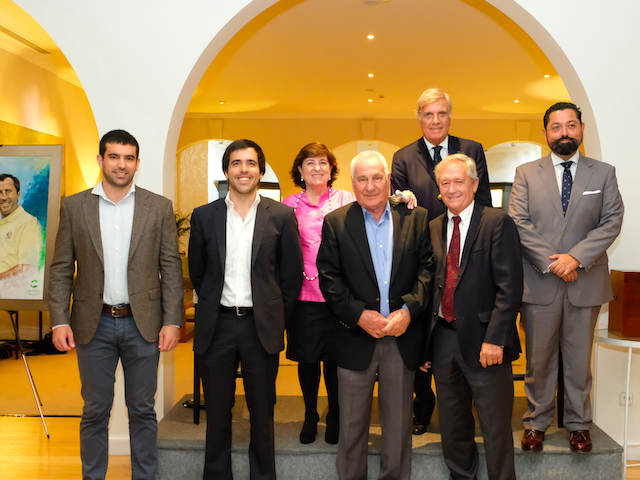 To round off the event, Nuno Brito e Cunha, President of the Real Club Valderrama, hosted a very special charity auction in which bidders competed for unique gifts, such as a spectacular bronze figure with Seve’s hands, a painting of Seve by Víctor Jerez with the iconic image chosen by the winning bidder, the chance to enjoy an unforgettable day with José María, Gabriel and Alejandro Cañizares at the Real Club Valderrama and other unique gifts. Those attending the event, many of them belonging to public and private entities that sponsor the tournament (such as Damm and the Junta de Andalucía, for example) or members of the Real Club Valderrama, showed their generosity and their contributions added up to a great amount, approximately 40,000 € that will be given to the victims of the catastrophe in La Palma.

In this way, the Estrella Damm N.A. Andalucía Masters once again became a great platform to strengthen ties between golf and the community in an event that remembered the best Spanish golfer of all time.