June 20, 2019 – Viktor Hovland, the most recent world #1 amateur, has signed an equipment contract with PING, the company announced yesterday. Hovland, who tied for 12th at last week’s U.S. Open in setting the record for the lowest 72-hole score (280) by an amateur in the event’s history, is making his debut as a PING staff pro at this week’s Travelers Championship.

While a decorated player for the Oklahoma State University Cowboys, where he was a three-time All-American, Hovland won the 2018 U.S. Amateur at Pebble Beach, earning him an invitation to this year’s Masters and U.S. Open. He took full advantage of his Masters appearance, winning low-amateur honors, after which he rose to world #1 amateur. By finishing low amateur at the U.S. Open, he became the first player in more than 20 years to hold the distinction of being low amateur in both events in the same year.

Hovland’s collegiate career culminated with the 2019 Ben Hogan Award, given annually to the top men’s college player while taking into account all amateur competition in the past 12 months. He won three collegiate events and finished with a 68.59 scoring average during his final year at Oklahoma State. He was a member of the school’s 2018 NCAA Championship winning team.

The 21-year-old is from Oslo, Norway, a fact that brings great joy to the Solheim family, the owners of PING whose roots are traced to Bergen, Norway, the birthplace of PING founder Karsten Solheim. Hovland’s resumé includes a win at the 2014 Norwegian amateur championships, and he’s been building his credentials ever since.

“Viktor’s connection to Norway makes the relationship even more special. The country has been fully behind him since he burst onto the scene as a young junior, and he’s continued to impress on so many levels,” said John K. Solheim, PING President and Karsten’s grandson. “He’s polite, humble and always smiling. His talent is unbelievable and he’s already amassed a great career. His performance at Pebble Beach last week was a spectacular way to end his amateur career. We’re excited to watch his professional journey unfold. I know my grandfather would be honored to have a Norwegian golfer of Viktor’s character and talent representing PING.” 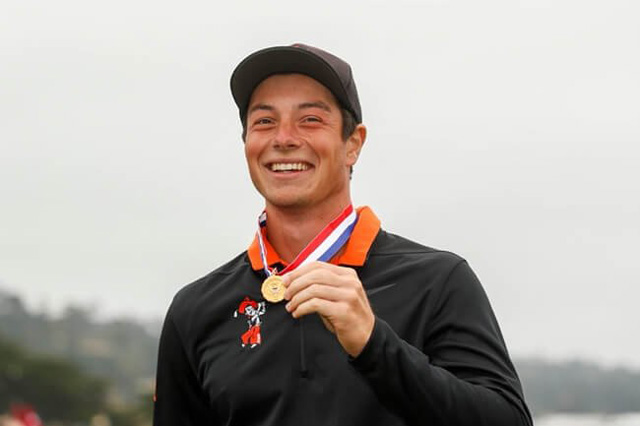 “Joining the PING staff is really exciting for me as I’ve always had tremendous respect for the company and what it represents,” said Viktor Hovland. “The technology behind the equipment and the service they provide allows me to focus on getting better and not worrying about my equipment. The Norwegian connection is also really cool. Karsten Solheim and his family have done so much for the game of golf. Their support of Oklahoma State’s team and their role in developing Karsten Creek are just a couple of examples of the wonderful things they do for golf. I’m honored to be part of their golfing family and look forward to working with them as I begin my professional career.”

Hovland’s relationship with PING began three years ago at Karsten Creek Golf Club, Oklahoma State’s home course named in honor of Karsten Solheim, whose family was a major contributor to the development of the facility in 1994. Oklahoma State is part of PING’s College Golf Program, which has been supporting schools around the country since the mid-1970s.

“We’ve been impressed with Viktor since we first met him when he was a freshman at Oklahoma State,” said Chance Cozby, PING’s Vice President of Sports Development. “During his time in Stillwater, he played PING equipment at various times and we continued to keep in touch with him through our regular visits to the school. When it became clear he was going to turn professional this summer, we identified him as someone who would be a perfect fit for our staff. We had a very productive testing session with him at Karsten Creek this spring, which ultimately led to where we stand today. We are extremely pleased Viktor is joining the PING staff.”

An all-star collegiate career and he’s just getting started. 👀 Welcome to the family. #PlayYourBest pic.twitter.com/4LmtsixOgH

At the U.S. Open, Hovland switched to PING’s new G410 LST driver and saw tremendous results – leading the field in Strokes Gained: Off the Tee by nearly two full shots.

“The G410 LST driver is a great fit for my game,” Viktor Hovland added. “I don’t usually make significant changes to my equipment before such a big tournament, but after testing it during the week with the PING tour reps, it was clear the G410 LST driver was the best choice for me. It looks really good and I know I’m going to hit the center of the face. It flies in the window I like and the spin is right for my game. I can swing with confidence off the tee knowing the results will be long and straight.”

As part of a multi-year agreement, Hovland will play a minimum of 11 PING clubs, including a driver and putter. His headwear will display PING and he’ll carry a PING Tour staff bag. Financial terms and the length of the agreement were not disclosed. 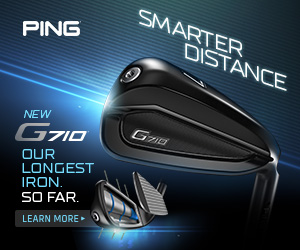 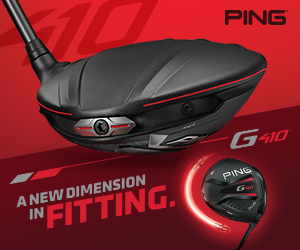