Golf BioDynamics – Excellence in your swing through 3D technology 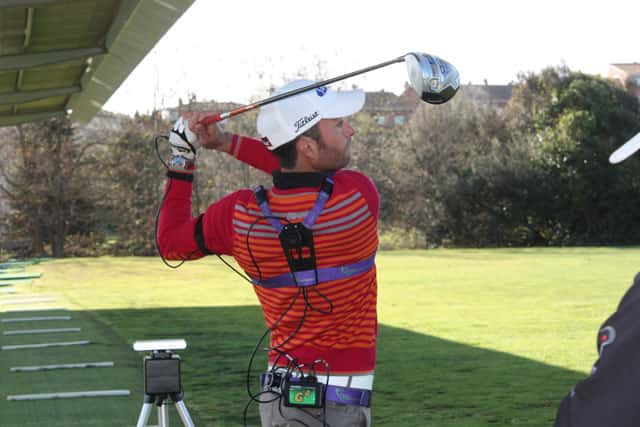 June 26, 2014 – I recently had the opportunity to attend a session of Golf BioDynamics, one of the most advanced analysis methods and golf training that exist nowadays. It was in the CG Sant Cugat (Barcelona, Spain), thanks to the club professional Carlos Vivas, and with the presence, in one of his sporadic visits to Spain, of Dr Robert J. Neal, an expert in Biomechanics and founder of the Golf BioDynamics company located in the Jim McLean Golf School at Doral Golf Resort & Spa (Florida, USA).

This was a real luxury, and more so as Agustín Domingo, European Tour professional, was the golfer whose swing was to be analysed. Not a lot of faults were going to appear there!

Before explaining the experience, let’s take a look at the background: Golf BioDynamics is an expert system in 3D technology, golf swing mechanics with the objective of linking the ‘technical’ to the ‘physical’. So if you’re looking to take your game to the next level, whether you’re professional or amateur, and to learn more about your own golf swing, this method allows you to work with personalized sessions adapted to the needs of each player. 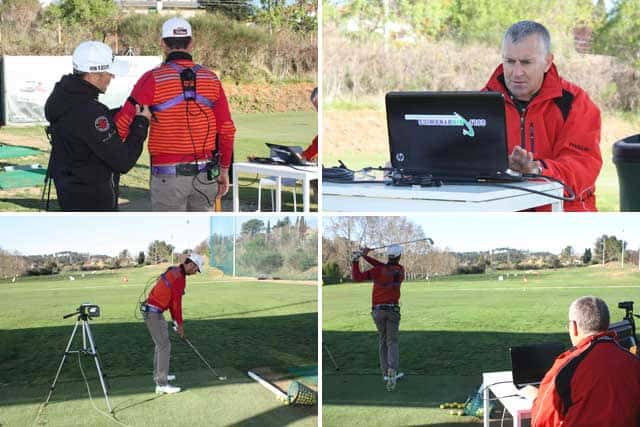 To use the Golf BioDynamics, Dr Robert J. Neal began by introducing the physical characteristics of Agus Domingo on the computer, after which Carlos Vivas placed a series of straps and sensors on key points of the body. Today it all works with a wireless system, so it’s much more comfortable. These sensors measure the movements of each body segment to which they are attached, providing information not just on the position of each segment of the body but how it is rotating and how fast it’s moving.

“We use this to build a model of each person’s swing”, said Dr Robert J. Neal. “And by analysing this data we can evaluate the efficiency of the technique, the soundness and also if there is something that the golfer is doing that might lead to injury.” The idea is not only to achieve the technique that will allow the golfer to hit the ball as far as possible but also make it consistent and not create injury risks for them. 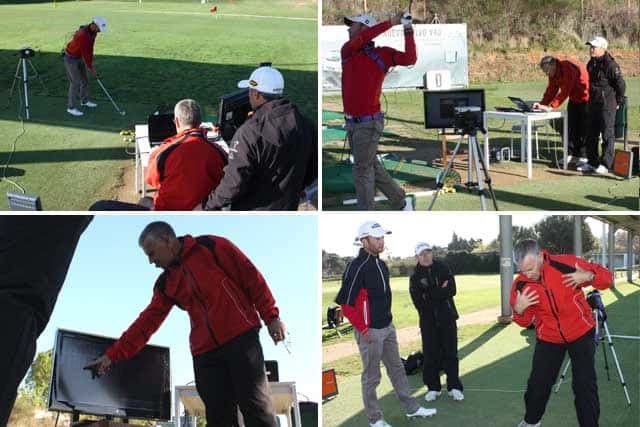 The Golf BioDynamics software is integrated with the Trackman radar, so the system also provides information on what the club and the ball do in response to what the body makes them do. “So it’s a bit like a Sherlock Holmes case”, added Dr Robert J. Neal. “What did the ball do? What did the club do? What did the player do? Because its the player who moves the club and the club that moves the ball”. So you are always looking back at what was done by the golfer to create the ball flight and the movement of the club, information which is measured and registered by Trackman.

After collecting all the information from Golf BioDynamics software and the results from Trackman, how do you know what to recommend? “I try to work through the coaches all the time, rather than work directly with the player”, said Dr Robert J. Neal. “Because I think it’s nice for the coach who has an overall view of where this player is going, to have that information. So we provide all technical details and recommendations for technique alterations or physical training to help the body do the things that they are trying to do”.

Already in the same session in CG Sant Cugat, which lasted an hour, suggestions were made to Agus to make minimal changes in his already excellent swing, so that he’d get more performance in his shots. Following the technical guidance of Dr Robert and Carlos, the golfer has to do several swings within the ideal parameters determined by the Golf BioDynamics software.

“The computer beeps every time you do the swing perfectly,” said Carlos Vivas, the first professional golf coach to have the Golf BioDynamics certification in Spain. “This is called biofeedback, a much faster way of creating a new motor programme in our brain.” As a result, Agus was then advised about the body segments he needed to strengthen, touches that can make the difference between having or not having success in the key moments of a tournament. 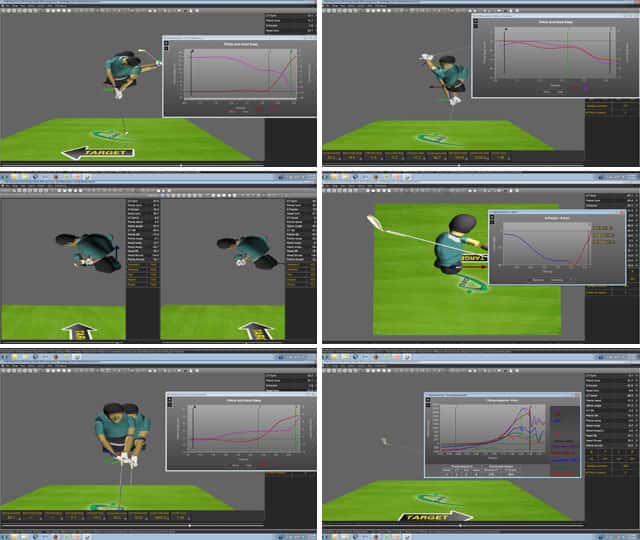 Fitness is also important, isn’t it? “Yes, physical training might involve flexibility, stability, strength, power, but also coordination activities”, said Carlos Vivas. “So when working with amateur golfers, for example, we spend a lot of time not just making them more flexible or stronger, but also working on the right coordination. Learning how to move different parts of their body in ways that they are not used to doing. Like when children learn to walk by coordinating the movement of their legs and arms in order to maintain balance, in golf you have to do the same sort of thing.”

As Dr Robert J. Neal pointed out, “you have to learn to move different parts of the body independently. For example, and this is important, most people aren’t able to separate the movement of their lower and upper body, and that’s really bad for hitting good quality golf shots. Instead, they need to be able to move their lower body first and then their upper body, because that then allows them to deliver the club in a way that is ideal for control and distance.”

The Golf BioDynamics hardware has been developed by an American company under the supervision of Dr Robert, who wrote all the software and did the research about what would be the best swing for each golfer. At this point, Dr Robert J. Neal concluded: “I’d like to say that there’s not just one perfect swing. There are many swings and swing styles that work. It’s about finding the right one for you, or whoever. But what you need is to have some guidelines, or some parameters in which to fit, so that if you get too far away from those then that could be a problem.” 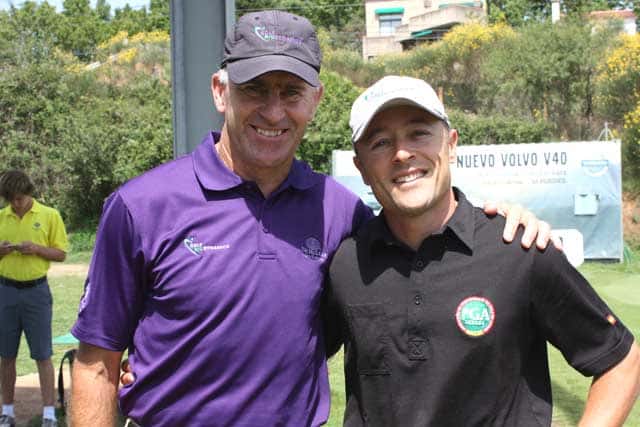 In addition to his intense work in the U.S., Dr Robert J. Neal travels around Europe working with the national teams of different countries such as Switzerland, Denmark, Germany, England, and also a little in Spain, but not very much. He has certainly found in Carlos Vivas a great ambassador for Golf BioDynamics in Spain. “He is a professional with an excellent training who is now certified and has the latest 3D technology to promote Golf BioDynamics throughout the Iberian Peninsula,” ended Dr Robert J. Neal.