10 October 2019 – A new golf season has begun and golfers, whether junior, teens or adults, recreational or competitive, can choose for one of the best academies in Spain, the Elite International Barcelona Golf Academy (EIBGA), which opened its doors a few weeks ago at the Club de Golf Barcelona.

After several months of intense work on the golf course of Sant Esteve Sesrovires (Barcelona, Spain), in addition to renewing its layout, the Barcelona golf club has greatly updated its driving range with a modern training station, THE BOX High Performance Lab. The activity of the EIBGA has started in style, with the most advanced and innovative technologies for golf instruction, and a great team led by the professional golf head coach Carlos Vivas.

“We have reached an agreement with the Club de Golf Barcelona for which we handle the entire golf academy,” explains Carlos Vivas. “The golf club is developing a precise strategic plan, which covers the golf course, the driving range and the entire complex itself, which will end up becoming a spectacular resort, including a Hilton Hotel that will open in two months. Large investments are being made in the course and driving range, and we are working so that we are not only a reference academy in Spain, but also internationally.” 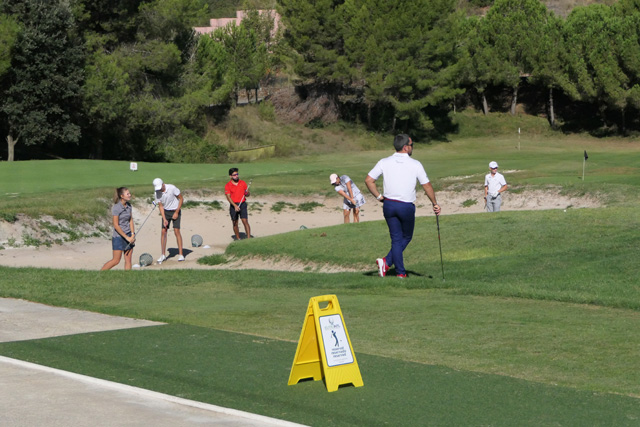 From now on, the EIBGA will offer the first international golf program in Catalonia (the second in Spain) in the Club de Golf Barcelona, with players who can come to train here from anywhere in the world.

“We are convinced that here, with the ‘Barcelona’ label, we have a plus in favour, and it is thanks to the club with its commitment to its junior school that it has given us its full support. We feel proud of the academy, as we have magnificent facilities, with which we will become a reference point for golf instruction”. 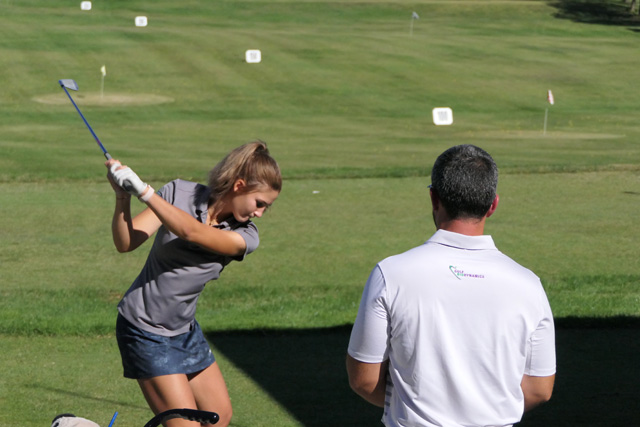 In this first course, the EIBGA has a first long-term athletic development program, looking for a large pyramid base of junior golfers. 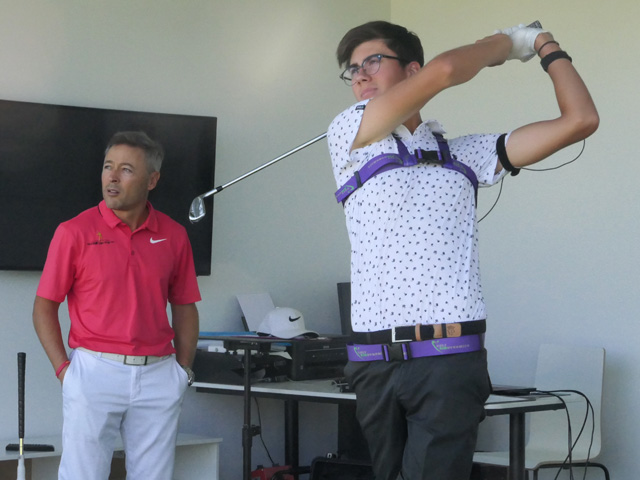 The academy of the Club de Golf Barcelona started in September with some forty pupils, half a dozen of them international, ranging from 5 to 21 years old. Different programs are proposed according to the ages of the children and the levels of play. So as they grow, logically, they increase the frequency, intensity and duration of training.

“The EIBGA is open to anyone who is interested, without necessarily being a member of the club, because everyone is welcome. Moreover, the person who wants to come to one of our programs will have many advantages, just because they belong to the academy”, specifies Carlos Vivas (in the picture above, with Maxim Danilin). “First of all, all the kids who belong to the academy become players of the golf club, and can enjoy the same advantages as any member.” 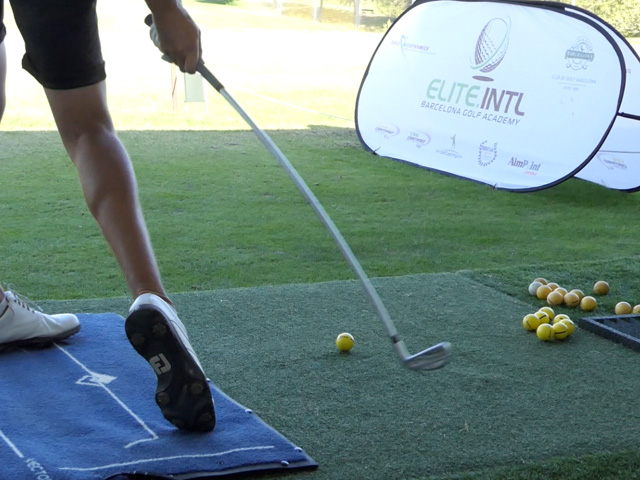 The philosophy is similar for everyone, a lot of fun for the youngest kids, but without losing sight of their task of learning to play golf. And it is the same for older kids, because they are still just boys and girls aged 14 and 15. “Yes, it is true that when they get older everything becomes more serious, but here we make everything we do as fun and enjoyable possible, within each person’s reach.” 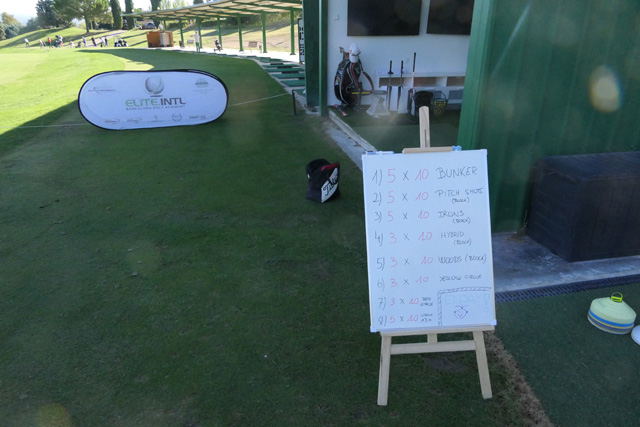 All the human team and technological training resources available to EIBGA are focused on the group of elite juniors, as this is where competition goals are set.

“In high performance programs our pupils have all kinds of technologies to help them take another step. This would probably be more difficult to find in other places, because they don’t have these resources,” says the director of the EIBGA. “We have the technology that Dr. Robert Neal, one of our advisors, has developed in recent years, with a excellent swing analysis software from 3D Golf BioDynamics, which has added a part of distance control with wedges, and 3D putting analysis. We also have the V1 swing analysis software, and the BodiTrak mat, which have recently become associated, with the FlightScope launch monitor.”

Once a term, all the elite pupils go through the 3D analysis and the conclusions set the training guidelines, as the instructors know what they have to work on to perfect the swing of the players. The data can be compared in each phase of the season to see how the swing evolves, to obtain the best performance on the golf course. 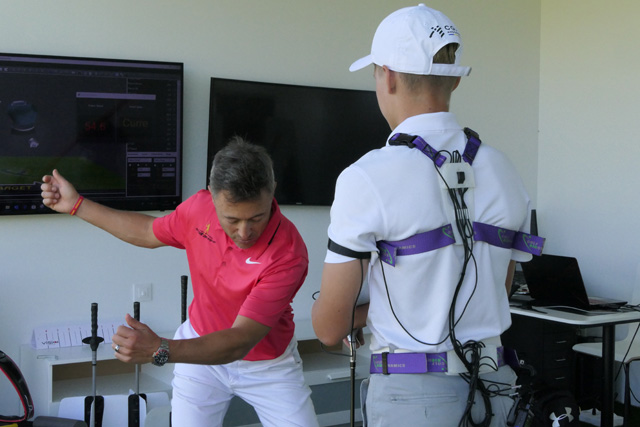 “But above all the most important thing is the great technical team of trainers we have, with magnificent curriculums. The whole coordinated team is what makes the difference.” 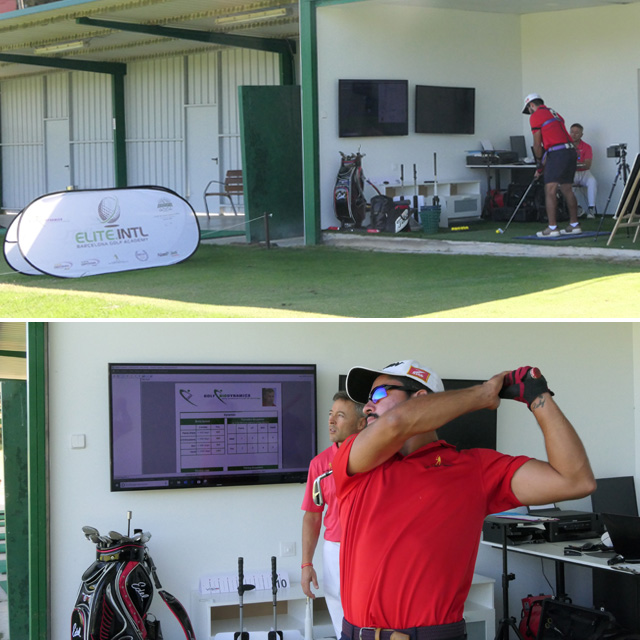 After having signed a good agreement with the Club de Golf Barcelona, EIBGA can now work on a long-term basis and consolidate as a reference academy. “I think we have already achieved it in terms of juniors, but now it is about becoming a reference in Europe, so that the juniors of European countries also want to come and train here with us,” says Carlos Vivas, describing his great aspiration.

“Because as a golf club academy, our main objective is to grow. We want to cover all areas, from private lessons for adults, individuals and groups… Each year we want to grow a little more and get bigger and bigger,” he concludes. 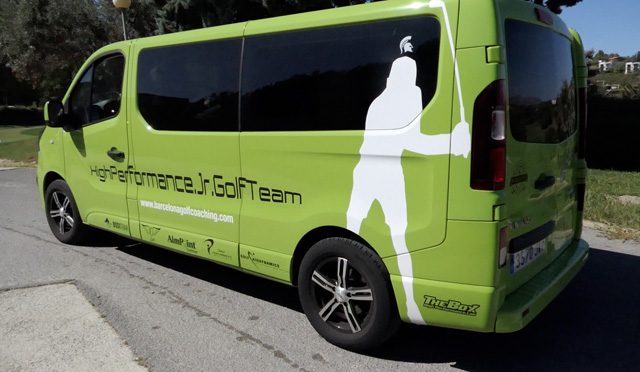 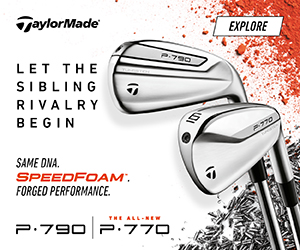